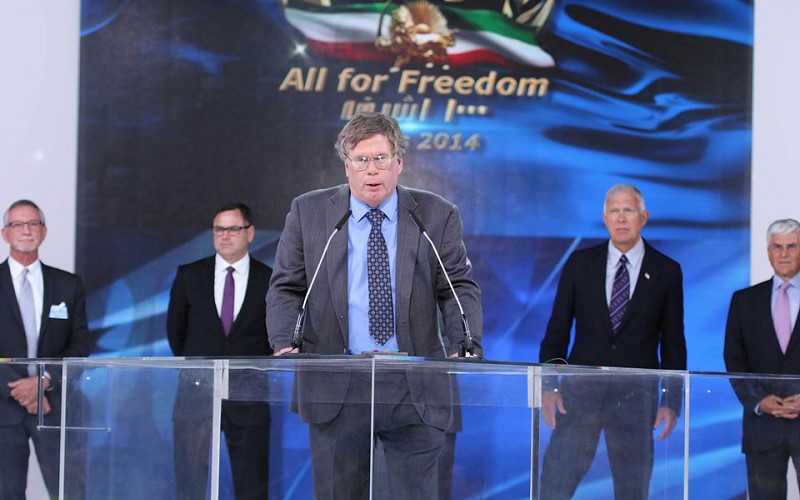 Spreading misinformation campaigns and character-assassination are well-known methods of authoritarian regimes to do away with their opponents.

However, the mullahs have tracked new records in this context by exploiting several “columnists” and lobbies in the international media like The Intercept against the main opposition group, People’s Mojahedin Organization of Iran (PMOI/MEK).

Notably, the demonization campaign against the PMOI/MEK is directly related to the mullahs’ status in the balance of power. Therefore, the regime needs more propaganda against its main rival once being under severe pressures inside the country and abroad. However, accusations that stem from Iran would be revealed as soon as possible.

In this respect, U.S. Colonel (Retired) Wesley Martin recently wrote a detailed article in response to The Intercept’s baseless allegations. In reality, he shed light on the depth of the need of the mullahs and their lobbies in foreign countries to extend the religious regime’s survival.

He initially explained about the PMOI/MEK location and status in Iraq and mentioned the role of this organization in preserving the lives of U.S. troops by sharing their experience about the mullahs’ terrorist tactics. Notably, extremist groups mostly backed by the Iranian regime killed more than 4,000 soldiers of the U.S.-led Coalition in Iraq.

Col. Martin revealed that The Intercept’s sources had never complained about the PMOI/MEK behaviors when they were under the supervision of U.S. troops at the Temporary Internment and Protection Facility (TIPF) in Iraq. He also revealed that the “shocking” stories of two sources are nothing but nonsense.

“[Reza] Sadeghi states he was then beaten, tossed into a vehicle by MEK security, and was being transported to a confinement facility when the vehicle was stopped by U.S. military personnel.  Sadeghi then claims this vehicle stop resulted in his rescue… [However] the incident never happened.  I was the senior commander at Camp Ashraf during the summer of 2006,” wrote Col. Martin.

Col. Martin also highlighted how several employees in the U.S. State Department abused an earlier Intercept article to undermine the PMOI/MEK’s credibility and put the lives of defenseless members of the Mojahedin at risk by removing their Protected Persons status.

“The 2009 RAND Report, referenced in The Intercept’s article, was baseless… U.S. State Department only oriented the attention of the RAND Report’s sole author to detractors of the MEK.  The RAND Study only served as a tool for State Department employees who were determined to undermine the credibility, and even the Protected person status, of MEK members,” Col. Martin added.

Additionally, he pointed to flagrant nonsense that was placed in The Intercept’s article as “valuable” evidence. “A similar MOIS claim of abuse in years past was directed at Brigadier General Dave Phillips, Lieutenant Colonel Leo McCloskey, and me. The allegation was that in 2005 the three of us simultaneously participated in the abuse of TIPF residents at Ashraf. The Problem with these allegations is that in 2005 Phillips was in Missouri, McCloskey in Georgia, and I was at the Pentagon.  Phillips was long since gone from Ashraf.  I never set foot in the camp until 2006, and McCloskey not until 2009.  The three of us never met until 2011, yet the MOIS claims we were together abusing former MEK members at Ashraf in 2005,” Col. Martin explained.

He finally accounted for the regime’s dire conditions as a result of ending the appeasement policy toward the mullahs by the U.S. administration. He concluded that regarding the people’s protests and uprisings like what took place in November and January, the supreme leader Ali Khamenei and his mullahs may soon come to a sudden end.

Col. Martin concluded that the actions of the Revolutionary Guards (IRGC) and the Ministry of Intelligence and Security (MOIS) prove “the regime’s biggest fear is of the MEK and, in turn, the National Council of Resistance of Iran (NCRI).”

“All the misinformation campaigns and character-assassination articles against Iran’s enemies are not going to help when the Iranian people realize they have no other choice than rise up and free themselves from tyranny,” Col. Wesley Martin ended.

AFP: Iran on Monday finally takes control of its...