AFP: The Al-Qaeda militant left Kuwait for Afghanistan in June 2001 and then fled to Iran around the end of the following year, remaining there until he travelled to Turkey in early 2013. 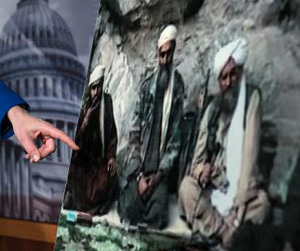 Kuwait City (AFP)— A Kuwaiti court has rejected a petition by a former Al-Qaeda spokesman to reclaim his Kuwaiti citizenship revoked by the oil-rich Gulf state over his militant activities, a newspaper reported on Thursday.

In a ruling issued Wednesday, the administrative court based its rejection on the grounds that Sulaiman Abu Ghaith, the son-in-law of slain Al-Qaeda chief Osama bin Laden, was a member of a group that carried out terrorist attacks killing innocent people, Al-Qabas daily reported.

The Kuwaiti government withdrew the nationality of Abu Ghaith, currently on trial in a New York court on terror charges, immediately after the September 11, 2001 attacks in the United States that killed several thousand people.

“It had been unequivocally proved that he (Abu Ghaith) was a member of Al-Qaeda … and was its spokesman,” the court said in its ruling.

It added that is was well-known that Al-Qaeda carried out terrorist attacks killing innocent people and that the ideology of the group calls for the killing of American soldiers wherever they are, even if that results in the deaths of innocents.

The ruling is not final as it can be challenged before the court of appeals.

Abu Ghaith’s wife and children are still living in Kuwait as the government has not revoked their citizenship.

US prosecutors on Monday linked Abu Ghaith, who was arrested in February, to the 2001 Al-Qaeda shoe bomber plot to bring down an airline flying from Paris to Miami after adding two extra charges against him.

British Al-Qaeda recruit Richard Reid is serving a life sentence in the United States for trying to blow up the passenger jet using bombs hidden in his shoes.

Abu Ghaith, 48, whose trial in New York is scheduled to begin on February 3, was initially charged with one count of conspiracy to kill Americans. He faces a life term if convicted.

The Al-Qaeda militant left Kuwait for Afghanistan in June 2001 and then fled to Iran around the end of the following year, remaining there until he travelled to Turkey in early 2013.

After being detained in Turkey, he was put on a plane to Kuwait but was arrested during a stopover in Jordan.