U.N. complains to Iraq over attack on dissident camp 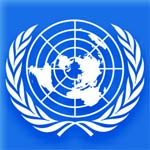 Reuters: The United Nations has complained to Iraq about mortar attacks this week on an Iranian dissident camp near Baghdad and has won a promise that they will be stopped, a U.N. spokesman said on Thursday.

UNITED NATIONS (Reuters) – The United Nations has complained to Iraq about mortar attacks this week on an Iranian dissident camp near Baghdad and has won a promise that they will be stopped, a U.N. spokesman said on Thursday.

Two mortars hit Camp Ashraf on Sunday, just days after Baghdad extended a year-end deadline for the facility to be closed as the United Nations negotiated resettlement of 3,000 residents there.

Camp Ashraf, 40 miles from Baghdad, has been home for 25 years to the People’s Mujahideen Organization of Iran, or PMOI, an Iranian opposition group the United States and Iran officially consider a terrorist organization.

The Iraqis “promised to ensure that these attacks cease and to hold the perpetrators accountable,” Nesirky said.

U.N. officials could not say whether the Iraqi authorities had given any indication of who they believed was responsible for the attacks.

Iraqi Prime Minister Nuri al-Maliki said last week he had agreed to extend the deadline for closing the camp on condition the United Nations transfer about 400 to 800 residents to other countries before the end of this year.

Camp Ashraf’s future became unclear after Washington turned it over to Iraq in 2009. Baghdad has repeatedly said it does not want the guerrilla group on Iraqi soil.

In the 1970s the group led a guerrilla campaign against the U.S.-backed Shah of Iran but after the 1979 Islamic revolution also turned against Iran’s new clerical rulers. It was hosted in Iraq by former leader Saddam Hussein, a bitter foe of Iran.

The Paris-based leader of the PMOI, Maryam Rajavi, said on Wednesday that 400 members were ready to move from Camp Ashraf to a new location as a goodwill gesture. She said they would travel to a sprawling former U.S. military base known as Camp Liberty near the Baghdad airport “at the first opportunity.”

In a statement on Thursday, the National Council of Resistance of Iran (NCRI), which is linked to the Mujahideen, said the 400 were ready to move as early as Friday. But U.N. officials said it was not likely to start for several days.

The NCRI said on Wednesday there had been a total of three attacks this week on Camp Ashraf using 107mm Katyusha rockets. It blamed them on the Quds Force of Iran’s Revolutionary Guard Corps “and its Iraqi agents.”

AP: A Hezbollah militant has been identified as the...

AFP: US-Iranian scholar Kian Tajbakhsh is to be released...