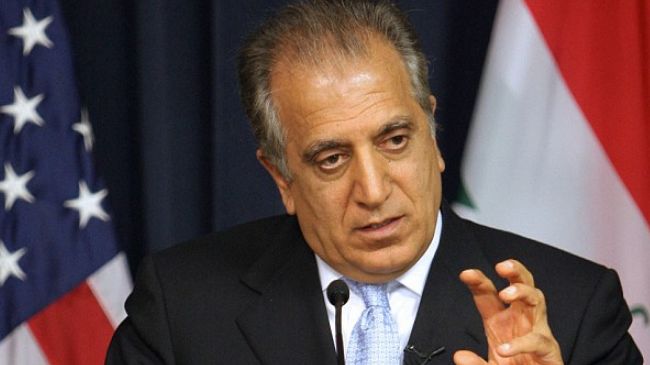 London, 25 Mar – Zalmay Khalilzad, former U.S. ambassador to Iraq and the United Nations, has written a commentary in The Wall Street Journal urging the Obama administration not to let Iraq fall into Iran’s hands and suggesting steps forward to help Baghdad out of the crises it currently faces.

The following is the full text of Khalilzad’s opinion piece:

Iraq Isn’t Lost to Iran
The ISIS onslaught has convinced many Iraqis of the need for better relations with the U.S.

The conventional wisdom in Washington, D.C., seems to be that Iraq is hopelessly lost to Iran. The best that the U.S. can do, this view suggests, is to destroy Islamic State there and develop a special relationship with an independent or semi-independent Iraqi Kurdistan.

Washington should do those things. But it also should not abandon the rest of Iraq. Based on recent meetings in Baghdad with Iraqi leaders, including Prime Minister Haider al-Abadi, I believe that the country is not lost.

It’s true that Iran has considerable influence in Iraq. The total withdrawal of U.S. forces in 2011 created a vacuum that Iran and its regional rivals tried to fill, pulling the country apart. The disintegration of the Iraqi army and the rise of Shiite militias to combat Islamic State, also known as ISIS, increased Iranian influence further. Yet many Iraqi Shiite leaders are growing disillusioned with Iran and want to strengthen ties with the U.S.

First, although Iran’s security support was useful in halting the initial advance of ISIS, it has been insufficient to retake major territory. The limited effectiveness was evident in the stalled offensive to recover Tikrit and the militias’ failure to hold Baiji on their own. In both cases it was American advice and focused U.S. air power that allowed the Iraqis to achieve their objectives last spring and summer.

In the eastern province of Diyala, deadly ISIS attacks are continual reminders of the cost of putting Iran’s proxies in charge of a battleground. In January the Iranian-backed Shiite militias of the Badr Organization claimed victory in the province without U.S. support, but it is far from being ISIS-free today.

Second, Iraqi leaders fear that the militias will outlive their useful role against ISIS and become parties to, or instruments in, a Shiite civil war. Some of the more extreme leaders, like Moqtada al-Sadr, are trying to ride on the wave of popular dissatisfaction with poor governance and the slow pace of reform in Baghdad. Tensions among Iraqi Shiite groups are overall on the rise, as are the risks of a direct confrontation and violent clashes between Mr. Sadr and the Iraqi government. The resurgent threat he poses is an added reason for many Shiite leaders to look for more U.S. support.

Third, there is strong resentment over Iranian heavy-handedness and disrespect for Iraqi sovereignty. I heard complaints that Qasim Suleimani, commander of Iran’s Quds Force, attends classified security meetings in Baghdad without a visa or announcement. In November, Iran sent half a million people, not all of them innocent pilgrims, across the border without proper documents.

There are hard-line Iraqi Shiites—like Mr. Sadr and several pro-Iranian militia groups, such as the Asiaeb Al Haq—who want no or minimal relations with the U.S. But a majority, in my view, want good relations with both Iran and America. These include Ayatollah Sistani, the spiritual leader of Iraqi Shiites, and the prime minister. I even met a few who are hostile to Iran and very friendly to the U.S.

To make the most of this opportunity for increased U.S.-Iraq relations, here are a few things that Washington should do:

• Assist in restoring the military balance in favor of Iraqi national security forces. Support from the U.S. and its allies has already helped the Iraqi army regain some of the strength and respect it lost when ISIS took Mosul in 2014. Success in Ramadi last December is a good example. America must sustain and expand efforts to professionalize the national army, which means Washington needs to be prepared to maintain sufficient presence over a long relationship.

• Carefully assess plans for Mosul. President Obama would like the city to be liberated before he leaves office—perhaps fearing that his legacy might suffer from handing his successor a problem in the Middle East worse than the one he inherited. But to make military victory in Mosul and other Sunni Arab cities permanent there needs to be a deliberate plan to manage post-liberation reconstruction and settle governance questions.

• Help demilitarize. The U.S. should help the Iraqis design and implement a program for militia disarmament, demobilization and reintegration. Once ISIS is defeated, Iraq must reverse the militarization of society made necessary by its onslaught.

• Facilitate progress toward a new political compact. I gleaned from my conversations that some Shiite leaders were open to normalizing relations with Sunni Arabs, as well as having a candid conversation with their Kurdish counterparts about the future of the country. The U.S. can do more to catalyze agreements, which may include allowing Sunni-majority provinces to exercise a constitutional right to establish federal regions. Most Iraqi leaders prefer mediation by the American honest broker, not the Iranian bully.

• Encourage economic reform. As a start, urge that the International Monetary Fund standby agreement be finalized—including the release of IMF funds and their balanced distribution in Iraq. America should help Baghdad get through the severe economic crisis caused by a long war and declining oil prices. In particular, the U.S. could help Iraq meet the requirements set by the IMF and others to gain access to additional resources.

Iraq is decidedly not lost to Iran—and today U.S. leverage is at a new post-withdrawal high. Washington has an opportunity to rebuild influence if it takes the right steps. The Iraqis want to pursue a balanced regional policy but they need assurances, as they navigate the tricky waters of regional sectarian rivalries, that America has their back. Strong support exists—among Sunnis, Shiites and Kurds—for a renewed relationship with the U.S. It would be a mistake for Washington not to reciprocate.

Mr. Khalilzad is a former U.S. ambassador to Afghanistan, Iraq and the United Nations, and the author of “The Envoy: From Kabul to the White House, My Journey Through a Turbulent World,” just out from St. Martin’s Press.

US ready to engage Iran ‘directly’ after election

AFP: The United States said Saturday it is prepared...