Iraq Must Rebuild Itself After Disastrous Relationship With Iran 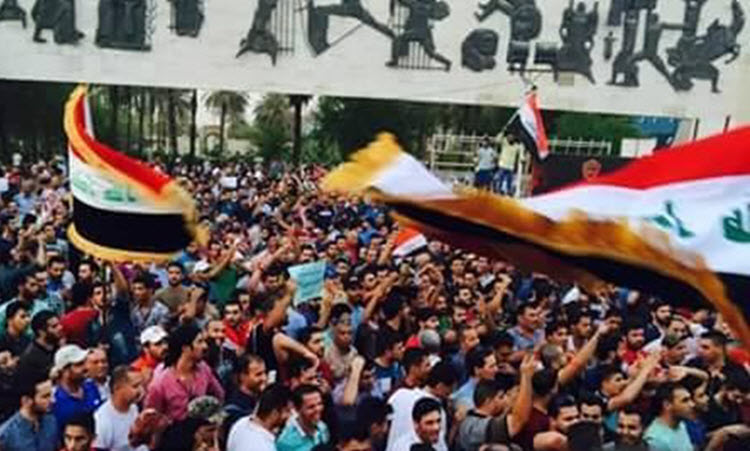 London, 21 Aug – Heshmat Alavi wrote an article for Al Arabiya English is which he posited that the time has come for Iraq to emerge from under the thumb of the Iranian mullahs and take its rightful place as a leading figure in the Middle East.

Alavi wrote that the Iranian Regime seized power in Iraq following the 2003 invasion by the US, and destroyed what had made Iraq good.

He wrote: “Iraq was known as a melting pot where Arabs, Kurds and Turkmens lived alongside and in mixed societies for centuries. Prior to Iran gaining its disastrous way across Mesopotamia, this was a land where the majority of Shiites lived and prospered with their Sunni, Christian, Yazidi and all other religious minority brothers.”

Now, Iraqi officials have held meetings with representatives from most Arab states, including Saudi Arabia and the United Arab Emirates, which signal changes to come.

The most important of these changes may be a distancing of Iraq from Iran, as many Sunni states are heaving critical of the Shiite Regime.

Even Shiite representatives within Iraq are pleased with this move. Grand Ayatollah Ali al-Sistani, Iraq’s most senior Shiite cleric, has long distanced himself from Tehran’s viewpoints and called for Iraq to practice openness in establishing relations.

Iran has, however, described Iraq’s seeking of new relationships as a betrayal, following their 14-year investment in Iraq but it should be noted that Iran did not invest in Iraq out of the goodness of their heart but rather to control additional land in the Middle East as part of their destabilisation efforts.

Alavi wrote: “[Iranian regime’s proxies] have been accused of law violations and refusing to obey the state of Iraq. Iraqi authorities affiliated to Iran have a very poor report card of being involved in corruption and sacrificing Iraqi national interest in Tehran’s favour.”

Alavi wrote: “To make matters even worse, Majid Al-Nasrawi, governor of the oil-rich city of Basra located at the southern tip of Iraq, has recently left for Iran. His departure followed being accused of numerous corruption offences by a government transparency committee. Choosing Iran as a destination has left a further impression of him fleeing to a safe haven, and Tehran having a hand in Iraqi corruption.”

So now, Iraq must focus on rebuilding their country away from Iran’s destruction; a task which may require help from their allies in the Middle East.

Following a recent report from the International Atomic Energy...