Iran Still Have Foothold in Iraq 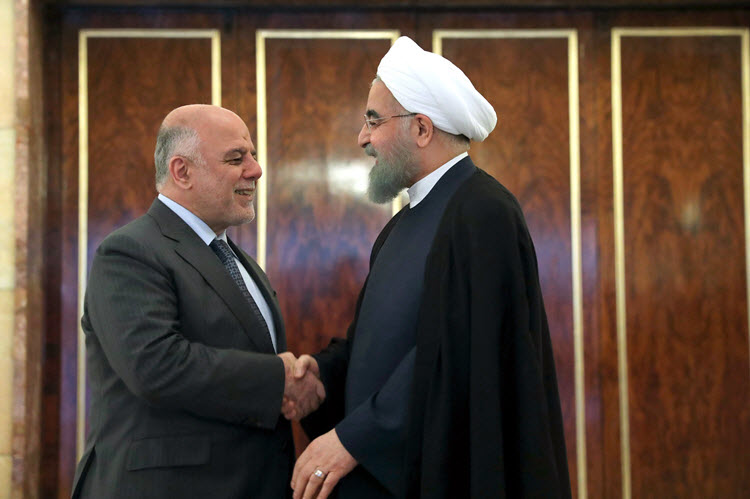 London, 4 Sep – Iran has been allowed a foothold in Iraq for far too long to leave without a fight, according to an Iranian regime expert.

Tony Duheaume, wrote a piece for Al Arabiya, in which he asserted that despite the promises of Iraqi Prime Minister Haidar al-Abadi, the Iranian Regime is still ruling the roost in its fellow Gulf nation, with its claws firmly sunken into the military, the “justice” system, and the government.

Following the elimination of Saddam Hussein, Iran has gained more and more control in Iraq with an Iranian puppet (ex-Prime Minister Nouri Maliki) in charge of the country and Iranian control over the Shiite militias which attack those who oppose Iran.

Duheaume wrote: “As Maliki’s grip strengthened, his agenda for a Shiite dominated Iraq firmly took root, and it soon became apparent that the only future for Iraq under his divisive rule, came in the form of an Iranian satellite state. As he grew in stature, the Iranian regime’s plans for hegemonic control of Iraq began to take hold, and with the use of their subservient puppet in Baghdad; Shiite militias under their control began to wreak havoc across the country in the form of death squads.”

Under the pretence of fighting terrorism (al-Qaeda and ISIS), the Iraqi government cracked down on its Sunni population and any remaining Saddam Hussein’s regime through imprisonment, torture and extrajudicial execution.

Duheaume wrote: “During his term in office, Maliki consolidated his power base and effectively took political control of the judiciary. He used a network of secret prisons, controlled by the interior ministry and used by the Special Police Commanders as places of confinement. Sunni kidnap victims would be taken there to be interrogated, using the vilest forms of torture known. The first sign of death squads operating in Iraq became fully apparent in May 2005, when dozens of bodies began to turn up around Baghdad. But the irony of this whole situation, came about when it was exposed in the US press, of how during 2005, the Pentagon was so desperate to get on top of the rising Sunni insurgency.”

However, if the US had sent in extra troops to deal with the threat of terrorism rather than removing the troops that were still there, the influence of the Iranian Regime might still have been minimalised.

Duheaume wrote: “It was when Iraq needed US boots on the ground to fight ISIS, none were forthcoming, and so the Iraqi authorities turned to Iran for help, and since that time, through the IRGC’s Qods Force, the Iranian regime has been able to entrench itself firmly in Iraq, making great strides politically, militarily and economically to cement its position.”

Abadi promised reform upon his election in 2014 and more political power to Sunni tribes
Duheaume wrote: “But even under his tenure, with death squads in the form of militias still out there, his promises of healing divisions have proven to be just empty words.

Even with ISIS virtually eradicated in Iraq, violence against Sunni citizens continues, which has been seen markedly during the cleaning up process.”

He continued: “Now that Iranian-backed militias have been integrated into the Iraqi armed forces, the army is effectively under the control of Tehran. With the present climate the way it is, it makes no difference what Shiite prime minister sits at the head of the government, the militias won’t be reined in as long as Iran has a strong influence in the country.”

Iran and the Gordian Knot of the JCPOA

The stances of the new US officials against Iran...

Woman immolates self to avoid return to Iran jail