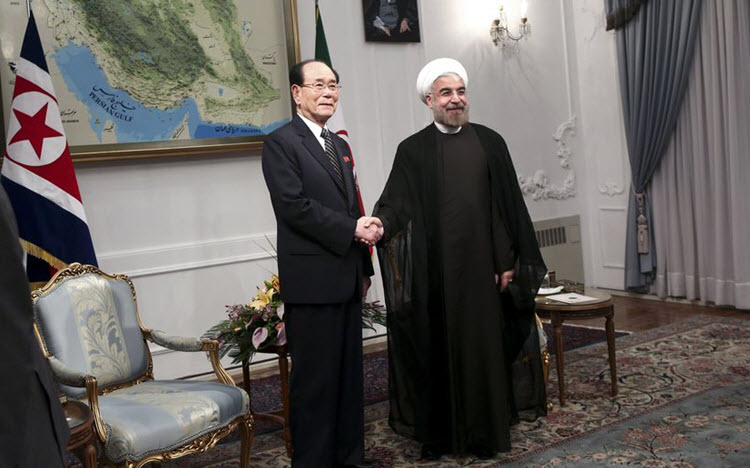 While the two countries have some large cultural differences, they have even bigger similarities.

this description summarises both countries: “A small but aggressive nation with limited economic and military means has succeeded in leveraging its power to threaten while remaining entirely immune to the influence of the international community – all accomplished by simply obtaining nuclear weapons.”

It is also hard to see the difference in the threat levels regardless of whether it comes from a “secular tyrant” in the case with North Korea or “religious fanatics” as is the case with Iran.

Of course, Iran didn’t need this test to convince them of the benefits of obtaining nuclear weapons; this has been their goal for over a decade now, a sort-of insurance policy against being ganged up on by the majority Sunni governments of the Middle East.

They also know that their nuclear programme serves as a deterrent to military action from Western countries; the threat of nuclear war is enough to prevent any real military action by even the most Warhawk-ish of governments.

Libya’s Muammar Gaddafi dismantled his nuclear weapons programme in order to try and protect his grasp on power; less than 10 years later, he was deposed.

Gratefully, Syria has as of yet not been able to obtain nuclear weapons with the help of Iran or North Korea. The Bashar Assad has no problems using chemical weapons against his own people so who knows what he would do to the rest of the world.

This latest test will hopefully provide the international community with the shock needed to take a stand once and for all against the use of nuclear weapons, before it is too late.

In this regard, there is an experience to be learned from North Korea by the international community as well. Nothing came of the more than two years of dialogs with Pyongyang. No country stopped North Korea. The West eventually accepted a North Korea with nuclear weapons ability. The same blunder must not happen again with Iran.

Voice of America: President Mahmoud Ahmadinejad's address to the...