Iran’s Interference in Iraq Facilitated by Presence of ISIS 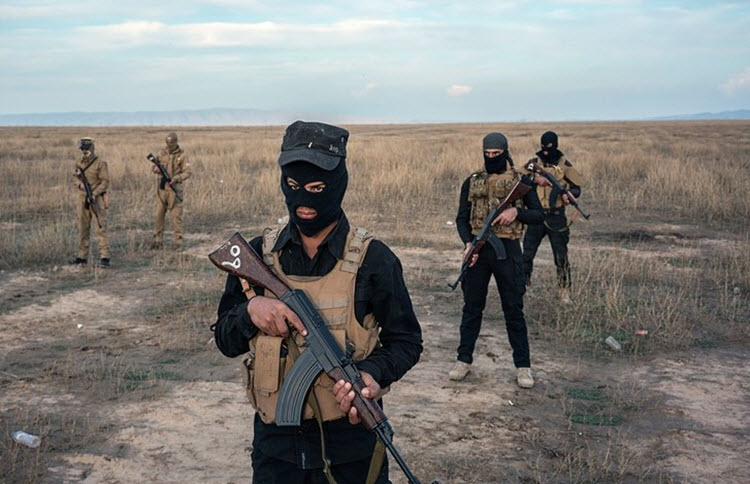 London, 17 August – The political situation in Iraq has degraded once again and the Iran is meddling and taking advantage of the turmoil. Again.

The Islamic State group is back and picking up pace. There are thousands of active militants in the country and in Syria. The United States Defense Department believes that there are around thirty thousand Islamic State fighters. This is not far off the number of fighters that it had during its peak three years ago.

Life in Iraq is being severely disrupted by the presence of the Islamic State group. It has claimed responsibility for a number of bombings, assassinations and kidnappings.

It is a major blow – not just to the Iraqi community – but to the international community as a whole because it was widely believed that the threat had largely been eliminated over the past few months.

Only a few days ago, an Iraqi army position was attacked by ISIS causing a number of deaths.

ISIS, like Iran, is taking advantage of the uprising that is taking place in the south of the country since the parliamentary elections in May. As time goes on, the uprising is spreading further across the country. When the election result was announced, Iraqis immediately accused authorities of rigging the votes. The election of Shiite cleric Muqtada al-Sadr was completely unexpected.

When the decision was made to recount the votes, a fire took place in the building where half the votes were being held.

Just over a month ago, the southern part of Iraq was deprived of electricity by Iran due to a dispute over unpaid debt. People in Basra and Baghdad were furious and took to the streets.

The authorities tried to supress protests outside pro-Iran politician Hadi al-Amiri’s office and shots were fired. It didn’t work.

The people of Iran are no stranger to the problems that the Iraqi people are suffering. The people of both nations understand the anger sparked by widespread corruption, the suppression of human rights, the withholding of democratic values, major unemployment problems, social issues, mismanagement of the economy, and so on.

Iran is working on making Iraq a satellite-state and it was angered by al-Abadi’s decision that the country would abide by the United States’ sanctions on Iran. The Iraqi Prime Minster had said earlier this week that although he does not agree with the U.S. sanctions, the country would have no choice but to comply. His invitation to Iran for talks was subsequently revoked.

The Prime Minister is trying to stay in the good books of the Trump administration and he clearly wants to serve another term. His party allied with the Iran-controlled Fatah Alliance led by Hadi al-Amiri and al-Sadr’s Sairoon Alliance.

Iran’s only chance of influencing Iraq is via al-Amiri. For now it is making the most of the current political turmoil and ISIS interference but the people of Iraq, and the people of Iran, want the Iranian regime to leave the country.

Iran: 17-year-old boy and father to be hanged