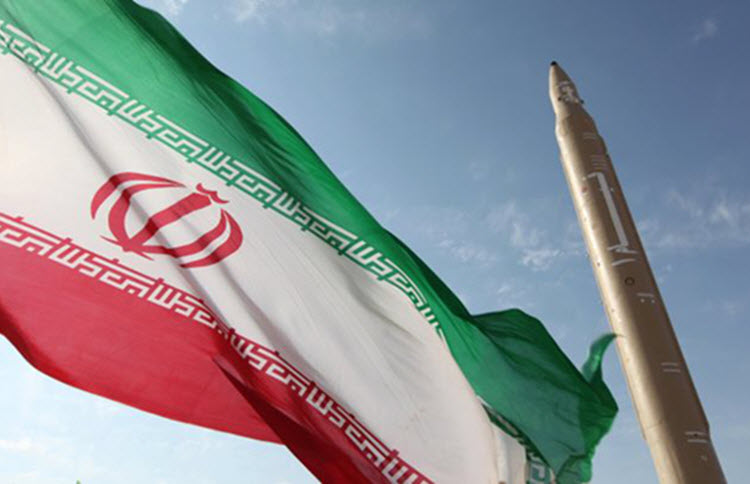 London, 5 Sep – For months, Iran-back Iraqi armed factions have been working to develop ballistic missiles that they threaten to use against American forces in the country, according to Shiite commanders and Iraqi security officials.

Iranian proxy forces using improved missile technology in yet another country in the Middle East is concerning to Arab countries and the US. The ballistic missiles that the Houthi militias fired at Saudi Arabia earlier this year were confirmed to have come from Iran, who is also accused of helping Hezbollah build factories in Lebanon to produce similar weapons.

Dozens of Shiite and Sunni insurgent groups operating in Iraq are said to have been financed and equipped by Iran. Under the umbrella of the Popular Mobilization, these groups fought against Daesh over the last four years alongside the regular Iraqi military and were backed by the US-led coalition in Iraq.

But, many of these groups have established factories to manufacture their own weapons, and have succeeded in producing some short-range missiles such as Al-Ashtar, Al-Muntaqim and Al-Qaher, and are believed to have expanded the ranges of these missiles.

A senior Shiite commander within the Saraya Al-Kharassani faction claims that after two years of work, the most advanced of these missiles, Al-Fatah, has not been tested, “The missiles are ready but have not been used before. We may experiment them in the next few days near the border in Basra.”

On Friday, Reuters reported that ballistic missiles have been transferred from Iran to Iraq. The report said the missiles had a range of between 200 and 700 kilometers, which is well within striking distance of Riyadh or the Israeli city of Tel Aviv, if the weapons are deployed in southern or western Iraq.

However, Shiite commanders and Iraqi security officials have said that their use for targets outside Iraq has not been discussed, and Ahmed Assadi, the commander of Kattaib Sayed Al-Shuhaddaa and a newly elected Shiite MP, said that the missiles had not yet reached further than 70 kilometers when tested. “There is a Directorate of Military Manufacturing linked to the popular mobilization that has factories spread outside the cities and in areas known to the government,” he said. “We have been working on developing the range of missiles along the last four years and we started from the 6 kilometer range but have not succeeded to reach more than 70.” He also denied that the missiles were imported from Iran.

While claiming that there was no possibility of using the new missiles against targets outside of Iraq, Kharassani admitted that the government does not have control over the activities of the Iran-backed factions. “All discussions until now indicate their use will be against the occupier inside Iraq,” he said, in reference to American forces in the country.“If the experiment of one (missile) succeeded, we can make ten in very short time.”

A senior Iraqi National Security official said that the transfer of ballistic missiles across the Iraq-Iran border would be almost impossible. “The border is monitored by the US-led coalition forces by satellites, which are thermally sensitive to this type of missiles and thus it is impossible to transfer such missiles as one piece or even as disjointed pieces across the border without being monitored.” The official said further, “The issue is very serious and no country can get involved even Iran.”

Iran’s most powerful tool in Iraq are the Shiite political parties and armed factions. “The Americans know that the ballistic Iranian missiles are in Lebanon with Hezbollah not in Iraq,” according to a prominent Shiite leader, who added, “Iraq is an area used by Iran to solve its problems with America not vice versa. Iran sees Iraq as a region that could lose its control completely at any moment, so why would they provide Iraqis with ballistic missiles that might be used against it one day?”

With Iran’s history of warmongering and exporting terrorism, expelling it from Syria, Iraq, Lebanon, and Yemen would seem to be the ultimate solution for peace in the region. While Iran is weakened by a poor economy and social upheaval from within, as the people call for regime change, now is the time to act.

Iran Focus - Editorial: Another round of negotiations with...