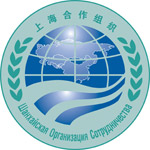 Reuters: Members of a Central Asian security forum led by Russia and China are expected on Friday to bar countries under U.N. sanctions from becoming full members of the group, a step that would block Iran’s entry.

TASHKENT (Reuters) – Members of a Central Asian security forum led by Russia and China are expected on Friday to bar countries under U.N. sanctions from becoming full members of the group, a step that would block Iran’s entry.

The Shanghai Cooperation Organisation (SCO) is also likely to discuss renewed violence in Kyrgyzstan at its annual meeting after the member state declared a state of emergency in southern regions after overnight rioting killed six.

Iran has observer status within the six-nation SCO and its president, Mahmoud Ahmadinejad, has upstaged previous events. At last year’s meeting, SCO leaders congratulated him on a disputed re-election victory in a snub to the West.

But Ahmadinejad has not travelled to this year’s meeting in the Uzbek capital Tashkent, which takes place two days after the United Nations Security Council imposed a new round of sanctions against Iran over its nuclear programme.

Asked whether the SCO would vote to bar membership for countries under U.N. sanctions, Russian Foreign Minister Sergei Lavrov appeared to confirm that a new condition for joining would be approved along these lines.

Lavrov declined to provide further details and did not name Iran specifically. He said earlier that Ahmadinejad himself had been invited to the meeting and decided himself not to attend.

Russia and China, veto-wielding U.N. Security Council members, worked to water down the sanctions but voted in favour of them. Moscow’s support for the sanctions has soured its traditionally close ties with Iran.

Ahmadinejad on Tuesday warned the Kremlin against siding with “Iran’s enemies” in supporting sanctions. The Kremlin reacted to similar comments in May by telling Iran’s leader to refrain from “political demagoguery”.

The Kremlin’s press service has said the SCO members — which also include the four ex-Soviet states of Kazakhstan, Uzbekistan, Kyrgyzstan and Tajikistan — will focus on regional issues, including the fight against extremism in the region.

“A whole range of problems have come up recently, problems on which Russia and China are in direct dialogue,” Russian President Dmitry Medvedev told Chinese leader Hu Jintao on Thursday prior to the formal start of the meeting.

Violence in Kyrgyzstan, which has been in turmoil since the overthrow of its president in April, will be among the topics discussed, the Kremlin has said.

Hundreds of youths fought with steel bars in the southern Kyrgyz city of Osh overnight, setting fire to shops. The riots have stoked fear of ethnic violence between Kyrgyz and Uzbeks in the volatile Fergana valley where the two states intertwine.

Afghan President Hamid Karzai has also been invited and drug trafficking from Afghanistan is another theme that is likely to be discussed.

India, Pakistan and Mongolia — like Iran — have observer status within the SCO. Belarus and Sri Lanka are dialogue partners, while Afghanistan attends as an invited guest. Turkmen leader Kurbanguly Berdymukhamedov has also been invited.

(Writing by Robin Paxton in Almaty; editing by Noah Barkin)

Reuters: Iran has moved a stock of enriched uranium...