Sunday Telegraph: The Prince of Wales is being asked to intervene to prevent Iran building a brand new embassy and Islamic cultural centre next to a historic church in one of Britain’s most expensive neighbourhoods.

The Prince of Wales is being asked to intervene to prevent Iran building a brand new embassy and Islamic cultural centre next to a historic church in one of Britain’s most expensive neighbourhoods. 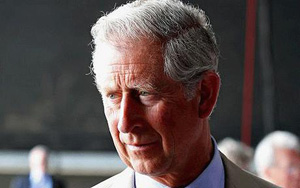 The new building, whose modern design has appalled wealthy residents and heritage experts alike, is located several hundred yards from Iran’s existing embassy, made famous by the siege which took place there 30 years ago.

The Islamic Republic’s proposed new embassy is expected to cost tens of millions of pounds to build and is a bold, futuristic building set among Victorian mansion blocks and Georgian terraces in west London.

Designed by an Austrian-based architect, the plans were lodged as far back as January with the local council, but residents have claimed that they only learned of the development in July – and a fortnight after public consultation closed.

They are now calling on Prince Charles to use his influence to try to stop the Iranian embassy being built before it is too late.

The prince was successful last year in securing the scrapping of a modernist development on the site of Chelsea Barracks, only two miles away, which had been proposed by members of Qatar’s ruling family.

It is not known if plans for a new embassy on such a scale would have been shown to Mahmoud Ahmadinejad, Iran’s authoritarian president, for his approval.

The proposed building, designed by Daneshgar Architects in Vienna, is five storeys high and will be sited on a corner currently occupied by an open air car park.

The plot of land, which is owned by the Iranian government, is close to the Natural History Museum in South Kensington.

Clad in marble and stone, the embassy – comprising what could best be described as an overarching rhomboid with a bright yellow square structure beneath – is less than 20ft from St Augustine’s Church, a grade II*-listed church designed by William Butterfield, the renowned Victorian architect.

Citing security issues, the Royal Borough of Kensington and Chelsea has broken with normal policy and refused to post any details of the plan on its website.

Members of the public must instead visit the town hall where they will only be shown the plans – which run to almost 200 pages and which cannot be copied – provided they bring a passport or other photo ID.

Sir Simon Jenkins, the writer and architectural expert, said: “I know the site well. It is totally inappropriate to locate such a strident modern building in such a sensitive conservation area, directly next to a magnificent listed church.”

He said it was wrong that the plans had not been made more easily available to the public and pointed to the full and public consultation undertaken by the US government over its proposals for a new embassy in south London.

Sir Simon added: “If the security-obsessed Americans can plan a new embassy openly and publicly, there is no excuse for Kensington council to collude with the Iranians.”

Ian Dungavell, director of the Victorian Society, said: “This looks like an attention-seeking piece of architecture. From the single image I’ve seen, I am worried about how it will affect the setting of St Augustine’s Church.

“The Victorian Society is also concerned whenever local residents feel that they have not been properly consulted about planning applications which affect them, especially when the sites are within conservation areas.”

Residents are only now starting to campaign to stop the embassy. Maria von Moltke, 74, who lives about 100 yards away, is writing to Prince Charles, pleading with him to help.

Mrs Moltke, who claims she only became aware of the plans after the official consultation closed, said: “The building is just catastrophic. If you compare it to the wonderful terraces around it, which are beautiful and intact, this is all the more hideous.

“I will be writing to Prince Charles to ask for his help in intervening. We haven’t been given any notice about this and no time to even form a protest group.”

One local estate agent estimated a new Iranian embassy could knock almost 20 per cent off the prices of neighbouring houses. Town houses in the area are typically worth £3.5 million and above.

It is not clear what the Iranian government will do with its current embassy in Prince’s Gate, which was the scene in 1980 of a dramatic siege and subsequent storming of the building by the SAS.

The drama, played out live in front of television cameras, brought the SAS to wider public attention. In all, five of the six gunmen were killed along with one hostage.

In a telephone call, a spokesman for the Iranian embassy said he was not aware of the plans to move the embassy but said a colleague might have some knowledge.

The telephone call was then cut off and The Sunday Telegraph was unable to reach the spokesman again.

Council planning officers have yet to decide whether to recommend the plan for approval. The proposals will later be voted on by the planning committee. A decision is expected in the autumn.

A council spokesman defended the decision not to post any details on the internet, suggesting that the same procedure was followed over the planning application for a new Israeli embassy.

The spokesman added that police had requested no images or details be posted.

Since being approached by The Sunday Telegraph, the council has posted online a series of computer-generated images of the building – which were already freely available on the architect’s website.

The council has denied the public was not properly consulted.

The spokesman said 115 households immediately surrounding the new embassy site had received letters informing them of the application and inviting them to the town hall to see it.

Clarence House said that the Prince would wait for the residents’ letter to arrive before responding.

By Pooya Stone These days, Iran’s economy under the...

UPI: A recent wave of whale and dolphin deaths...