Reuters: Iran has invited Turkey to cooperate in work on the Islamic Republic’s space programme, which aims to put a man in space by 2017, the Turkish newspaper Haberturk said on Saturday. 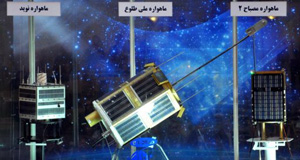 ISTANBUL, Sept 18 (Reuters) – Iran has invited Turkey to cooperate in work on the Islamic Republic’s space programme, which aims to put a man in space by 2017, the Turkish newspaper Haberturk said on Saturday.

Western countries which suspect Iran is trying to build nuclear bombs are concerned the long-range ballistic technology used to propel Iranian satellites into orbit could be used to launch atomic warheads. Tehran denies such suggestions.

Pro-business Haberturk said Turkey had not responded to the proposal. Turkish officials were unavailable for comment, and there was no immediate comment from Tehran.

Iran regards its space programme, which test-launched a satellite rocket earlier this year, as a matter of national pride.

The reported proposal to cooperate on the sensitive programme would underscore growing trust between Turkey and Iran as the states seek to strengthen diplomatic and business ties.

Haberturk said the offer was made at a summit of business leaders and government officials earlier this week as part of a raft of business deals.

Iran, the world’s fifth-largest oil exporter, insists its nuclear programme is for generating electricity. Turkey, along with Brazil, signed a uranium swap deal earlier this year they hoped would stave off another round of U.N. sanctions on Iran.

The deal was unsuccessful, and the U.N. Security Council imposed a fourth round of sanctions in June over the disputed nuclear programme. Despite sanctions, Turkey has said it wants to increase trade ties with the Islamic Republic.

President Mahmoud Ahmadinejad said last month Iran planned to bring forward its deadline for sending an astronaut into space from a previous date of 2019. (Reporting by Thomas Grove; editing by Ralph Boulton)

Student Crackdown by Iran Draws Criticism From Professors and Students