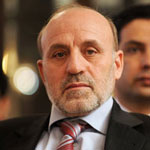 The Guardian: Iran is financing a range of Afghan religious and political leaders, grooming Afghan religious scholars, training Taliban militants and even seeking to influence MPs, according to cables from the US embassy in Kabul. 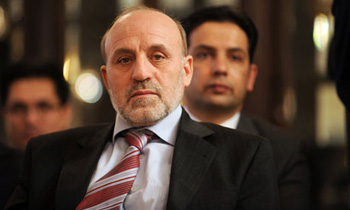 Iran is financing a range of Afghan religious and political leaders, grooming Afghan religious scholars, training Taliban militants and even seeking to influence MPs, according to cables from the US embassy in Kabul.

The dispatches, relating conversations between American and Afghan officials, build up a picture of mounting Iranian involvement in its eastern neighbours.

In perhaps the most revealing, a top Hamid Karzai aide recently revealed to have received sacks of cash from the Iranian government told a senior US diplomat that all sorts of Afghan officials were on Tehran’s payroll, including some people nominated for cabinet positions.

Omar Daudzai “also asserted that in addition to financing Afghan religious leaders, Iran had provided salary support for some [Afghan government] deputy ministers and other officials, including ‘one or two even in the [presidential] palace’,” he told the then deputy US ambassador, Francis Ricciardone, in February.

“Daudzai claimed that some of these officials had been relieved of their duties because ‘you can’t be an honest Afghan if you receive a package [from Iran].'” The incident is striking because Daudzai attracted headlines in October when Karzai admitted his chief of staff had received “bags of cash”, containing hundreds of thousands of euros, from an Iranian official during an official trip with the president to Tehran. The money was to support Karzai’s office, something the diplomatic cables reveal the Americans were told about in 2009.

Daudzai told Ricciardone his government preferred the US’s sustained cash support to the occasional and unpredictable payments from Iran. He said Afghans were trained to fight with the Taliban inside Iran and thousands of Afghan religious scholars were on the Iranian payroll, with the entire project co-ordinated by an official in Ayatollah Ali Khamenei’s office.

His discussion with US diplomats, and many other cables concerning Iran, illustrate Kabul’s awkward relationship with a neighbouring country that provides financial aid but also bribes Afghan MPs and supplies weapons to insurgents.

In late 2007 the US under-secretary of defence for policy, Eric Edelman, told Karzai that “Iranian meddling is getting increasingly lethal”. The warning came amid reports of the Taliban being provided with training camps inside Iran, explosively formed projectile weapons, and shoulder-held surface-to-air missiles capable of shooting down Nato planes.

The cable said Karzai believed Iran was trying to sabotage Afghanistan’s development to prevent it from becoming an important regional transit hub, and to protect its natural gas exports to India and Pakistan from central Asian competition.

Another 2009 report warned of Iranian officials in the Afghan parliament who “routinely encourage parliament to support anti-coalition policies and to raise anti-American talking points during debates”.

Mirwais Yasini, the deputy speaker of the lower house, is reported to have told a US official that an Iranian intelligence officer put pressure on him to change parliament’s agenda to allow for a debate about civilian casualties caused by Nato operations, and offered him “support” if he agreed. When Yasini refused, two MPs raised the subject in a different debate, using identical talking points to the ones the Iranian spy had tried to push on him earlier.

Despite such provocation, the Afghan government has been reluctant to publicly criticise Iran’s behaviour, despite regular US pressure for them to speak out.

In an August 2007 meeting, the Afghan foreign minister, Rangin Dadfar Spanta, explained to Richard Boucher, then assistant secretary for south and central Asian affairs, that his government had to concentrate on the main threat – Pakistan’s support for insurgents – and could not afford to antagonise Iran.

“We agree with the US and UK that Iran is engaged in a lot of interference, but our interest in dealing with Iran is to be careful not to open a second front along the Iranian border with Afghanistan.”

However, Spanta, who told the Americans elsewhere that he believed “Iran is at least as dangerous as Pakistan”, claimed to have raised the issue with the Iranian president, Mahmoud Ahmadinejad. He “denied it, of course, but the point was made”.

He also took the matter up with the Iranian foreign minister who “promised me he was not involved, but said that he is involved in supporting political parties in Afghanistan”.

Daudzai also tackled Iranian officials about it, saying in February that the Iranians had stopped even denying the claims; instead they “just remain silent”. He told Riccciardone that claims that he personally was “too pro-Iranian” were slurs put out by his enemies. He said that when he was appointed ambassador in Tehran the regime considered his appointment “tantamount to establishing a US embassy” and sent people to follow him everywhere he went.

Bush in Rome for talks with Berlusconi on Iran, Afghanistan

AFP: US President George W. Bush was due to...

AFP: Iran could launch a pre-emptive strike if Israel...