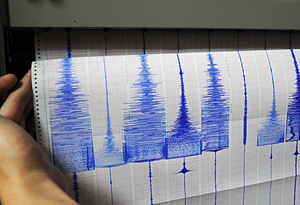 The late Monday quake, with its epicentre near the town of Hosseinabad in Kerman province, was followed by more than 30 further tremors, including one of 5.0 magnitude, the Mehr news agency said, quoting the geophysics department of Tehran university.

State media reported that mild tremors continued into Tuesday near the epicentre of the main quake.

“So far damage has been concentrated in villages in the areas of Sahraj, and seven dead and hundreds of injured have been pulled from the debris,” Mehr quoted Kerman governor Esmail Najjar as saying.

“Considering the damage, the death toll is expected to rise,” he added.

The deputy governor of Kerman province, Javad Kamali, told state television that five people had died and that the death toll could rise.

“Around 30 villages are still cut off as they are in a mountainous region. Our helicopters have been despatched since early morning and we will get a fuller assessment later in the day,” Kamali said.

The quake struck at 10:12 pm (1842 GMT) on Monday and was felt as far away as the neighbouring province of Sistan-Baluchestan on the Pakistan border.

State media reports said the temblor brought down communication and power lines and wrecked villages around the epicentre of Hosseinabad, many of which consist of mud-brick homes.

Nearly two dozen villages were partially or completely destroyed, the reports said, adding that members of the Basij militia had been deployed to help the victims.

Hosseinabad lies near the city of Bam, the site of the deadliest earthquake to hit Iran in recent times.

The 6.3-magnitude quake in December 2003 killed 31,000 people — about a quarter of Bam’s population — and destroyed the city’s ancient mud-built citadel.

Iran sits astride several major fault lines in the Earth’s crust and is prone to frequent earthquakes, many of which have been devastating.