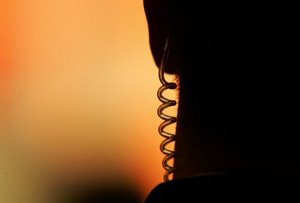 “This spy has been sentenced to death. His identity will be revealed after confirmation of the sentence,” he was quoted by Mehr news agency as saying.

He added that other espionage cases were under investigation.

In late October, media reports quoted Dolatabadi as saying that two Iranians had been charged with spying for Israel, which accuses Tehran of seeking to develop atomic weapons under the guise of a civilian nuclear programme.

Iran routinely accuses Israel of carrying out hostile activities against the Islamic republic, including espionage against its armed forces and against its nuclear programmes.

Iranian officials have accused the Israeli intelligence services, as well as the US and Britain, of attacking two of its top nuclear scientists on November 26.

Majid Shahriari, a senior scientist involved in Iran’s nuclear activities, was killed by a bomb placed against his car and Fereydoun Abbassi Davani, another top nuclear expert, was wounded in a similar attack.

Iran denies that its programme of uranium enrichment is aimed at making nuclear weapons.

AP: Iran has condemned a G-8 warning that it...