AFP: Malaysian police said Tuesday they have dented a major drugs syndicate with the arrest of two Iranian women with over 6.2 kilogrammes of methamphetamine on a resort island. 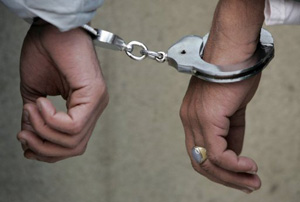 KUALA LUMPUR (AFP) — Malaysian police said Tuesday they have dented a major drugs syndicate with the arrest of two Iranian women with over 6.2 kilogrammes of methamphetamine on a resort island.

“We became suspicious about the women as they had travelled to Malaysia three times in less than three months and they did not have any business dealings or any other reason to keep them coming back so frequently,” he said.

“The two Iranian women, we believe, are part of one of the region’s biggest syndicates which is trying to use Malaysia as a transhipment point for its drug and it has been dealt a significant blow with this arrest,” he added.

However, Ayub said police would not be releasing any more details on the arrests as investigations were ongoing and could lead to further arrests.

Last month, a suspected Iranian drug trafficker died in a Malaysian hospital after 137 capsules of methamphetamine — also known as crystal meth — broke open in his stomach.

There has been a steep increase in the number of Iranian suspected drug traffickers caught in Malaysia, with 138 arrested from January to October last year compared with 16 in the whole of 2009.

Police have said that many of the drugs are destined for export to China, the Philippines and other neighbouring countries.