The Guardian: The son of the former Iranian president Akbar Rafsanjani is being investigated by Oxford University after claims that his successful doctoral thesis proposal was written with the help of others. 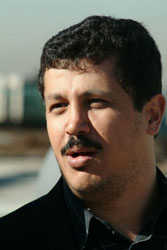 The son of the former Iranian president Akbar Rafsanjani is being investigated by Oxford University after claims that his successful doctoral thesis proposal was written with the help of others.

Mehdi Hashemi Rafsanjani, a former head of Iran’s state-owned gas company, began a five-year DPhil course in the Iranian constitution at the faculty of oriental studies in October.

An Oxford academic has complained that the university’s usual high standards have been “subverted” with the help of university insiders to allow Hashemi to study. If proven, he could be asked to leave. Hashemi, who helped co-ordinate the 2009 election opposition campaign against Iran’s president, Mahmoud Ahmadinejad, denies the Oxford claims and has defended his application. Friends say he is the victim of a witch-hunt.

The disclosure of the inquiry comes amid intense scrutiny of universities and their relationships with the children of prominent figures from the Middle East.

Sir Howard Davies stood down as director of the London School of Economics earlier this month following claims that it had become too close to Muammar Gaddafi’s son, Saif, and the Libyan regime and too reliant on their funds.

Recently, pro-government newspapers in Iran claimed that Hashemi, who is also known as Mahdi Hashemi Bahramani, is an associate of Saif Gaddafi.

Sir Peter North QC, a former Oxford vice-chancellor and an internationally renowned legal scholar, is heading the Oxford inquiry. Rules state that all of a proposal must be written by the prospective student.

Also being investigated are allegations that Hashemi’s English is not good enough to compose a DPhil at Oxford and that he has failed to live within 12 miles of Oxford city centre.

North has interviewed academics and university officials in connection with the 10-week inquiry.

The university’s registrar first received the claims in December from at least two academics.

Kaveh Moussavi, an associate fellow at the centre for socio-legal studies at the university and head of public interest law, who is originally from Iran, claimed that Hashemi has been helped by university insiders to complete his application. This had angered him, he said, because a more deserving candidate would have lost out. “I have no doubt that the normal criteria on submissions have been subverted and that there are far, far more qualified candidates for a DPhil than [Hashemi],” said Moussavi. “How he pulled this off, I don’t know, but I have every confidence that the university will investigate it thoroughly.”

At the centre of the inquiry is the synopsis of Hashemi’s proposed thesis which was assessed in January 2010 by two senior academics attached to the faculty of oriental studies. Dr Homa Katouzian, an expert in modern Iranian history, said the synopsis read well, but he did not realise that the application had come from Rafsanjani’s son because it had been written using his alternative name Bahramani.

The other assessor, Prof Edmund Herzig, declined to comment and referred the Guardian to Oxford’s press office.

Hashemi, 41, the fourth son of Rafsanjani, has claimed that he has been targeted because his father has become an opponent of Ahmadinejad, according to friends. Hashemi has many enemies in Iran, particularly among the pro-government press, who this week have called for him to return home to face allegations of corruption and embezzlement.

Rafsanjani this month lost his position as head of a powerful clerical body, the Assembly of Experts. He tacitly supported Ahmadinejad’s rival Mir Hossein Mousavi in Iran’s bitter dispute following the 2009 presidential elections.

A spokeswoman for the university said that the allegations were first received before Christmas and have resulted in a thorough investigation.

“That investigation is ongoing,” she said.

She added that the inquiry has not received any allegation that Hashemi had been admitted in the expectation of any financial gain for the university. However, the inquiry continues to look into allegations that individuals who may have been paid to help draw up the application.

Hashemi has been sent a lengthy email outlining the allegations that have been levelled at him, but declined to comment on them before publication. Instead, he wrote in an email: “As you’re aware, my application has been accepted at Oxford University where I have been studying for the past few months. Should you need more clarifications … I recommend that you contact the university’s press office.”