Iran threatens to let heroin, opium be trafficked to Europe if West keeps up criticism

AP: Iran threatened Saturday to allow the transit of illegal drugs through its territory to Europe if the West continues to criticize the Islamic nation for its practice of executing drug traffickers. 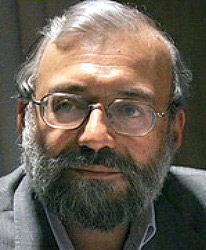 TEHRAN, Iran (AP) — Iran threatened Saturday to allow the transit of illegal drugs through its territory to Europe if the West continues to criticize the Islamic nation for its practice of executing drug traffickers.

Mohammad Javad Larijani, the head of Iran’s High Council for Human Rights, said Iran was sacrificing blood in fighting drug trafficking and suggested it is unfair that it is then condemned by the West for executing smugglers.

“Westerners have to either be Iran’s partner in the fight against drug traffickers or we must think otherwise and, for instance, allow the transit” of drugs across Iranian territory, Larijani said in a comment posted on the judiciary’s website Saturday.

He said such a move would reduce the number of overall executions in Iran by 74 per cent, “but the way will be paved for the smuggling of narcotics to Europe.”

U.N. officials have in the past warned that a “heroin tsunami” could hit Europe if the drug interdiction by Iran is weakened.

Iran says it has lost more than 3,700 troops in the fight against drug traffickers and 11,000 more have been injured to date since 1979, when the Islamic Revolution brought hard-line clerics to power.

“Unfortunately, Western countries not only provide no assistance to Iran in the fight against drug trafficking, they condemn us every year for punishing drug smugglers,” Larijani said.

Iran has also called on Europe to offer financial support to its fight against trafficking.

Iran lies along a major drug route between Afghanistan — which accounts for more than 90 per cent of the world’s illicit opium and heroin production — and Europe.

Iranian authorities have taken several steps to stop trafficking, including the building of dikes and trenches along large portions of its roughly 560-mile (900-kilometre) border with Afghanistan. Officials also seize more than three tons of narcotics each day, according to official statistics.

Reuters: U.S. lawmakers said on Tuesday they were concerned...

Iran’s Ahmadinejad: No place for Israel in region

AP: Iran’s president says there will be no room...