AFP: Two Iranian doctors who were jailed three years ago for allegedly plotting to overthrow the government were awarded a global health prize on Thursday for their efforts to treat patients with HIV. 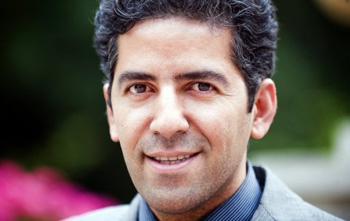 WASHINGTON, June 17, 2011 (AFP) – Two Iranian doctors who were jailed three years ago for allegedly plotting to overthrow the government were awarded a global health prize on Thursday for their efforts to treat patients with HIV.

Kamiar and Arash Alaei were arrested in June 2008 and accused of communicating with the United States in a bid to unseat the regime of Iranian President Mahmoud Ahmadinejad.

Kamiar, 37, was released several months ago and was on hand to accept the award in Washington, but his elder brother Arash, 42, remains in Tehran’s Evin prison where he is serving a six-year sentence.

Until Arash is set free, Kamiar said he cannot move forward with his life.

“I feel I am not released yet,” he said in an interview with AFP before he accepted the Global Health Council’s Jonathan Mann Award for Global Health and Human Rights.

“The majority of nights I go back to prison and I continue my life in prison,” he said.

Kamiar served two and a half years — a term he remembers as “870 days, 3,800 hours” — and is hopeful that Arash will be eligible for release soon because he has now served half his sentence.

He declined to discuss the details of his detention, except that he was kept in solitary confinement for two months. After eight months in prison, he was allowed to see his brother, he said.

The pair, known for their efforts to help drug addicts infected with HIV and improve conditions for sick prisoners, were not allowed to work as doctors while behind bars.

Instead, Kamiar said they took on the role of peer counselors, teaching fellow prisoners about basics such as hand-washing, and holding informal talks with them about HIV, tuberculosis, and infectious diseases.

The Alaei brothers are regarded as pioneers of AIDS treatment in Iran, where discussions about sex and drugs are often taboo.

Data is scarce about the prevalence of HIV/AIDS in the Islamic republic, but according to UNAIDS there were 5,000-10,000 infections in 2009 and about nine percent of people with advanced HIV infection were being treated with antiretroviral drugs.

The brothers began treating HIV-positive patients in the late 1990s, and they developed a three-pronged program that integrated prevention, care and social support.

This “triangular” approach to AIDS care was first tried in a prison in their hometown of Kermanshah and later became recognized as a best practice model in the Middle East.

The Alaei brothers were not born in poverty but were taught by their father, a Persian literature teacher, to use their education to help others.

“He motivated us to do the public good, even if the community doesn’t understand the situation,” said Kamiar.

Physicians for Human Rights has helped organize a letter-writing campaign across 80 countries urging the brothers’ release.

“The appeal has been to allow the brothers to do their work,” said Susannah Sirkin, deputy director of PHR.

“This is not a political campaign. This is a campaign by colleagues, many of whom know the brothers and their work directly because they have worked in concert with them or been inspired by their pioneering efforts inside Iran.”

Kamiar said he was detained when he took a summer break from his US studies and went to work in Iran for a few months, and has been unable to understand why he was jailed.

“When you do some good, you don’t expect to be in prison,” Kamiar said.

“But I never got disappointed because I believe what I did was right. I love my work, and until the last moment of my life I will do public health, specifically for neglected populations.”

After his release, Kamiar quietly returned to Albany, New York where he lives with his sister and is finishing up his doctoral degree.

The dean of the school of public health at the State University of New York at Albany, Philip Nasca, told AFP that Kamiar used some of his time in jail to teach himself Spanish, and was able to speak it with local patients during a recent trip to the Dominican Republic.

According to Jeff Sturchio, president of the US-based Global Health Council which gave out the $10,000 award, the brothers serve as a powerful symbol for health professionals worldwide.

“They really put themselves at risk in advocating for the rights of people living with HIV and AIDS,” said Sturchio.

“If there are still places in the world where people are put in prison just because they are advocating for the rights of people with HIV, then that is a world that we would like to see changed.”

Reuters: Iran, which the United States and its NATO...