Reuters: Mahmoud Ahmadinejad’s candidate to be Iran’s new oil minister looked set to win a vote of confidence on Wednesday, easing a power struggle between the president and a hostile parliament.

By Robin Pomeroy and Ramin Mostafavi 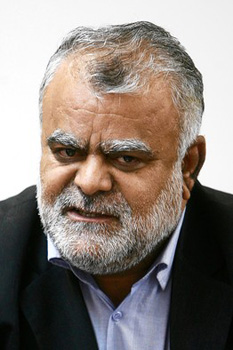 TEHRAN, Aug 3 (Reuters) – Mahmoud Ahmadinejad’s candidate to be Iran’s new oil minister looked set to win a vote of confidence on Wednesday, easing a power struggle between the president and a hostile parliament.

Key lawmakers have welcomed Rostam Qasemi, a Revolutionary Guards commander, because his position at the head of the Guards’ engineering and construction company Khatam al-Anbia gave him relevant experience — although it also made him subject to U.S. and European Union sanctions.

“The proposed oil minister will hit an unprecedented record of getting more than 200 votes,” Moayed Hosseini-Sadr, a member of the energy committee in the 290-strong parliament, told the official IRNA news agency.

Ahmadinejad proposed Qasemi only after it became clear that a close ally he had installed as caretaker minister in June, Mohammad Aliabadi, was considered by many lawmakers to lack experience. Perhaps more important, he was seen as too close to a president they accuse of trying to grab more power.

“Nobody knows for sure how the choice of Mr Qasemi was conducted,” said London-based energy analyst Mehdi Varzi.

“One must assume that he is more acceptable to the Supreme Leader (Ayatollah Ali Khamenei), given his Revolutionary Guards background and the fact that he has been heading the Khatam al-Anbia organisation, which is increasingly involved in major oil and gas projects.”

Khatam al-Anbia was initially set up to conduct vital infrastructure work during the eight-year war with Iraq that followed the 1979 Islamic Revolution.

Qasemi’s position as head of that company drew the attention of Western countries that believe the Revolutionary Guards and its affiliates are involved in Iranian efforts to develop nuclear weapons. Tehran denies having any such goal.

The European Union put him on a sanctions list in July 2010, meaning he is not allowed to travel or hold assets in the EU. That echoed a similar U.S. measure five months earlier.

Far from hurting his chances, however, the sanctions might further burnish Qasemi’s credentials with Iran’s parliament, as he told lawmakers at a hearing on Sunday: “The U.S. has imposed sanctions against me … and that country is not important.”

Deputy Oil Minister Ali-Reza Zeighami said making Qasemi minister would be a “powerful blow in the face of those who imposed sanctions”.

The new minister will take over as Iran holds the largely symbolic rotating presidency of OPEC, where it has strongly resisted the calls of more Western-friendly producers to increase output quotas.

“The (position of) Iranian oil minister has been seen as more and more politicised over the past few years,” said Samuel Ciszuk, an analyst at IHS Energy. He said Iran and Saudi Arabia have been on a “collision course” in recent months and that was unlikely to change, whoever takes over the ministry.

The minister’s most important task will be to stem declining output from Iran’s mature oil fields and develop vast gas resources that have suffered from sanctions restricting foreign investment, analyst Varzi said.

“He must stop the sense of drift within the NIOC, which has suffered from too much political infighting, and reduce the level of bureaucracy.”

The post became vacant after Ahmadinejad sacked Oil Minister Massoud Mirkazemi in May, saying the move was merely part of a wider government restructuring which included merging the oil portfolio with the Energy Ministry that runs Iranian utilities.

But the sacking, and Ahmadinejad’s initial decision to name himself caretaker minister, fuelled already strong criticism from rival factions within the conservative ruling elite that he was manoeuvring for greater power ahead of parliamentary elections next March.

Since then, parliament has rejected two Ahmadinejad nominees to other ministerial posts and vetoed his plan to merge the oil and energy ministries.

A petition calling on Ahmadinejad to face questions in parliament is still pending and some legislators have even talked openly of impeaching him.

But chances of that happening diminished after Khamenei called for an end to infighting and established a committee to arbitrate in disputes between different parts of government. (Writing by Robin Pomeroy; Editing by Mark Heinrich)

AP: Iran's women will be barred from attending soccer...

Iran takes France to task over treatment of Muslims