Reuters: Britain, which closed its embassy in Tehran last month after it was ransacked by protesters, said on Thursday that Iranian authorities had blocked its website aimed at Iran. 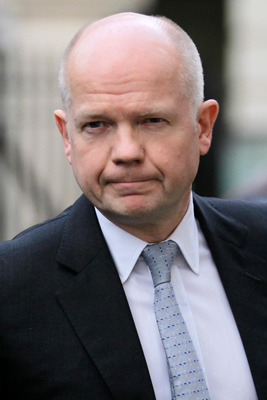 LONDON (Reuters) – Britain, which closed its embassy in Tehran last month after it was ransacked by protesters, said on Thursday that Iranian authorities had blocked its website aimed at Iran.

The move creates further tension between the two countries that regularly clash over Iran’s nuclear program.

that carries information on British government policies and statements, including criticism of Iran’s human rights record.

It said the website had been added to thousands of other Internet sites censored by Iranian authorities.

“This action is counter-productive and ill-judged. It will confirm to the Iranian people that their government is determined to block their access to information, and to conceal from them the international community’s legitimate concerns about Iran’s policies and behavior,” Foreign Secretary William Hague said in a statement.

“It will also make it harder for Iranian nationals to access information about visiting the UK. And it is further proof to the rest of the world (of) the Iranian government’s dire record on freedom of speech and human rights in general,” he said.

“This action will not deter Britain from continuing to engage with the Iranian people, including through the Internet.”

Britain is one of six powers that have been dealing with Iran over its nuclear program, which the West suspects is aimed at developing a nuclear weapon. Tehran insists its activities are peaceful.

Britain closed its embassy in Tehran and evacuated its staff last month after Iranian protesters ransacked offices and burned British flags in a protest over sanctions imposed by Britain.

Hague ordered the closure of Iran’s embassy in London and expelled all its diplomats, saying the assault on the British embassy could not have happened without consent from Iranian authorities.

Iran warned then that Britain’s closure of its embassy in London would lead to further retaliation.

The British embassy in Tehran was stormed days after London ordered British financial institutions to stop doing business with their Iranian counterparts or with the central bank of Iran.

EU foreign ministers are set to consider further sanctions against Iran, possibly including an oil embargo, next month.

How will Canada deal with Iran in its foreign policy?