Reuters: South Korea, a key U.S. ally, warned the United States on Tuesday it would be difficult to replace Iranian crude supplies and expressed concern that sanctions pressure could lead to higher oil prices. 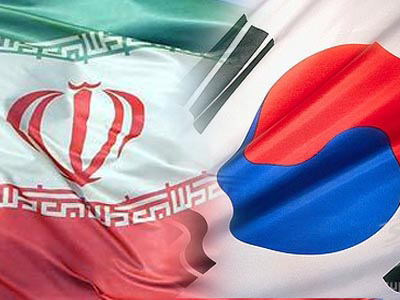 SEOUL, Jan 17 (Reuters) – South Korea, a key U.S. ally, warned the United States on Tuesday it would be difficult to replace Iranian crude supplies and expressed concern that sanctions pressure could lead to higher oil prices.

Washington wants Asia to cut crude imports from the OPEC member in a bid to pressure Tehran to rein in its nuclear ambitions, which Washington suspects are geared to making nuclear weapons. It has already secured agreement from European Union states to ban Iranian crude imports.

South Korea, which depends on the United States for its security, is the world’s fifth-largest oil importer. Around 10 percent of its crude oil came from Iran in the first 11 months of 2011.

“It would be tough to switch the source of crude quickly,” South Korean foreign ministry spokesman Cho Byung-jae told reporters.

Asian government officials are worried that a scramble by the region, which includes Iran’s biggest crude buyers China, India and Japan, to secure alternative supplies would drive up oil prices.

“Many in South Korea are quite worried that further strengthening sanctions in Iran at this time will destabilise international markets of crude oil and bring about adverse effects on the economy,” the report quoted him as telling the officials.

A team led by the U.S. State Department’s special adviser for nonproliferation and arms control, Robert Einhorn, and the Treasury Department’s assistant secretary for terrorist financing, Daniel Glaser, started a three-day visit to Seoul on Monday. They will head to Japan afterwards.

“We’re urging all of our partners to help us to work with us in putting pressure on the government of Iran to get it to negotiate seriously. Particularly, we’re urging them to reduce their purchases of crude oil from Iran,” Einhorn told a meeting with government officials, the pool report said.

Tehran has been under a growing array of U.N. and unilateral sanctions for years, but a U.S. bill that President Barack Obama signed into law on New Year’s Eve went far further than previous measures, aiming to stop countries paying for Iranian oil.

Iran says its nuclear programme is for peaceful means and it has threatened to close the Strait of Hormuz, the world’s most important shipping lane for crude, if sanctions are imposed on its oil exports.

South Korea has some $5 billion in money owed to Iran’s central bank for crude oil imports trapped in its banking system because of the difficulty of sending money to Iran without falling foul of U.S. sanctions.

“We’re urging them to unwind their financial deals with the central bank of Iran,” Einhorn said.

He said he was counting on South Korea’s concerns about the non-proliferation of nuclear weapons.

“It knows the situation in Iran and North Korea are related. I think progress on one will help us achieve progress on another,” the pool report quoted him as saying.

Azumi, who vowed last week to cut Iranian oil imports in response to U.S. Treasury Secretary Timothy Geithner’s appeal for support of U.S. sanctions against Tehran, said such a cut would be in keeping with Tokyo’s longer-term effort.

Japan and the United States will kick off bilateral working-level negotiations on Wednesday to discuss U.S. sanctions.

“Japan has cut Iranian oil imports by nearly 40 percent (over the past five years) by making efforts to prevent it from affecting the economy,” Azumi told a news conference. “I understand that we’re in a direction towards further reduction as well. This is the stance that I have expressed.”

Despite the sanctions pressure from the United States, South Korean refiners have agreed to buy slightly more Iran crude in 2012 than they did in 2011, company and industry sources said. But they are also considering options for alternative suppliers should the sanctions cut off Iran imports.

The latest sanctions law from the United States, which can punish companies that deal with Iran’s central bank, has set off a round of shuttle diplomacy as Asian government fret that Iran crude supplies could be cut off.

Asian leaders are in the Middle East discussing alternative crude supplies to Iranian oil, although industry officials say the only viable seller in the volumes the region would require is Saudi Arabia.