Bloomberg: The European Union is discussing whether to impose sanctions on Bank Tejarat, the last major Iranian bank financing large-volume trade in Europe, according to EU diplomats and sanctions specialists close to the negotiations. 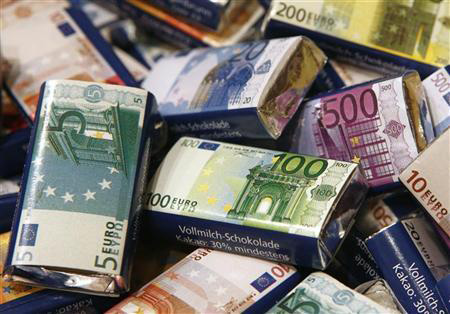 Jan. 19 (Bloomberg) — The European Union is discussing whether to impose sanctions on Bank Tejarat, the last major Iranian bank financing large-volume trade in Europe, according to EU diplomats and sanctions specialists close to the negotiations.

The move may complicate tens of billions of dollars in annual trade with Europe and monetary transactions by EU diplomatic missions in Tehran, they said.

A European diplomat, who spoke on condition of anonymity because the negotiations are private, said some EU officials have objected to an asset freeze because Bank Tejarat is used by EU countries with diplomatic missions in Tehran. If the bank is subject to sanctions, EU embassies and their staffs would have to carry cash and pay for transactions in euros, said the official, who had been briefed by his foreign ministry.

No one was available to comment when two calls were made to Bank Tejarat’s department of international affairs in Tehran today, the start of the Iranian weekend, and four calls to the bank’s branch in Paris went unanswered.

The EU and the U.S. say they are imposing financial and energy-related sanctions on Iran to pressure the regime to abandon a suspected program to develop nuclear weapons capability. Iran says that its nuclear program is for peaceful civilian energy and medical research.

While attention has focused on EU negotiations to embargo Iranian oil at the Jan. 23 meeting, a move to freeze the assets of Bank Tejarat in Paris might have even broader consequences, according to a trade lawyer and sanctions advocates familiar with the discussions.

“There is only one major Iranian bank left operating in the EU today, and that is Bank Tejarat in Paris,” Nigel Kushner, chief executive officer of Whale Rock Legal, a London law firm specializing in Iran trade, said in a phone interview yesterday. “If that bank becomes subject to an asset freeze on Jan. 23, then any semblance of international banking relations between the EU and Iran will be dead in the water.”

“Bank Tejarat is the one way to channel funds in and out of the EU in an open and transparent manner,” allowing EU and U.S. authorities to monitor payments to Iran, Kushner said. “There is a view that it would be a mistake to sanction Tejarat because payments going through it can at least be tracked.”

“Without Tejarat, more payments will go through the murky world of money exchanges or via payment routes which are too complex to easily identify,” said Kushner, who has been closely monitoring the EU’s Iran sanctions negotiations.

“The U.S. and EU governments have access to sources that allow them to piece together a picture of how Iran is raising and moving funds through the various international financial sectors,” Jorsch said an interview yesterday.

EU sanctioning of Bank Tejarat might have major repercussions for international trade flows between Europe and Iran.

The EU exported 11.3 billion euros ($14.6 billion) in goods to Iran in 2010, led by machinery, transportation equipment including European cars, and chemicals. Iran exported 14.5 billion euros ($18.8 billion) worth of goods to the 27-member EU the same year, with fuel and minerals at the top of the list, according to European Commission data.

Restricting the activities of Bank Tejarat, the last bank engaging in large-volume transactions in Europe, according to EU officials, may complicate all trade between Iran and the EU.

The EU mission in Washington declined to comment on the content of the sanctions to be agreed upon on Jan. 23. “As we said before, they include the energy, transport and financial sectors,” Silvia Kofler, spokeswoman for the EU Mission, said yesterday.

Emanuele Ottolenghi, a senior fellow at the Foundation for Defense of Democracies, an advocacy group in Washington that supports sanctions on Iran, said a ban on Bank Tejarat could have serious implications for European carmakers.

The European Union, which collectively is the No. 2 buyer of Iranian crude, taking 18 percent of Iran’s exports, has agreed in principle to an embargo of Iranian oil, although the timing remains uncertain.

An EU embargo on imports of Iranian oil might go into effect after a lag to enable the chief European buyers of Iranian oil — Greece, Italy and Spain — to find alternative supplies, an EU official with knowledge of the talks said last week.

A ban on petrochemical products would start sooner, about three months after EU ministers agree to the measure, the official said. Crude oil for February delivery rose 14 cents to $100.73 a barrel at 2:10 p.m. on the New York Mercantile Exchange.

European Union governments reached a preliminary agreement today to freeze the assets of Iran’s central bank, an EU diplomat with knowledge of the matter said. The agreement in Brussels would allow for opt-outs from the asset freeze on a case-by-case basis to protect European trade with Iranian entities not covered by sanctions, the diplomat said on the condition of anonymity because the talks are private.

To contact the reporter on this story: Indira A.R. Lakshmanan in Washington at [email protected]

To contact the editor responsible for this story: John Walcott at [email protected]

Reuters: The Iranian authorities are trying to discover what...