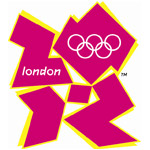 They however did not say whether President Mahmoud Ahmadinejad, who had expressed his desire to attend the event, would also travel to London.

“I would like to be beside the Iranian athletes at the Olympic Games in London to support them, but (the British) have issues with my presence,” Ahmadinejad said in May, without offering further explanation.

The Mehr and ISNA news agencies said Abbasi is heading a delegation of half a dozen officials that includes Iran’s National Olympic Committee chief Mohammad Aliabadi.

Relations between Iran and Britain hit an all-time low in November 2011, when London closed its embassy in Tehran after a rampage of the building by Iranian student members of a pro-government militia.

In February, Aliabadi had lodged an official protest to the International Olympic Committee over the logo of the 2012 games. According to Tehran, the word “Zion” could be made out in the logo.

Olympic organisers defended the logo, denying there was any racist or political message in it, and saying it was “modern, bold and flexible” and could able to appeal to a younger audience.