New York Times: A senior official at Iran’s space agency confirmed on Saturday that state media reports on the launching of a monkey into the thermosphere had used images of two different monkeys. The New York Times 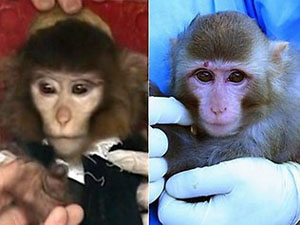 A senior official at Iran’s space agency confirmed on Saturday that state media reports on the launching of a monkey into the thermosphere had used images of two different monkeys. The official insisted, however, that the monkey had survived the journey and that Iran was not trying to cover up a failed flight.

As The Lede explained on Friday, doubts about Iran’s claim that the monkey had survived the journey spread after journalists noticed that the monkey pictured in the first reports from state-run news organizations had a prominent mole over its right eye, before the launch, but had clear skin when it showed up at postflight celebrations broadcast on Iranian television the next day.

The space agency official, Mohammad Ebrahimi, told The Associated Press in Tehran that the first images provided to Iran’s official news outlets to illustrate their reports had mistakenly shown another of the five monkeys that trained for the flight at the space agency — the one with the mole — and not the one that had actually taken part.

The second monkey was featured in a Press TV report broadcast on Tuesday.

In his interview with The A.P., Mr. Ebrahimi insisted that the monkey that had made the flight was in good health and said that of several monkeys that had been trained for the flight, the one that seems least stressed for the journey had been chosen at the last moment. One of the photographs of the monkey with the mole over its eye did appear to show the monkey in distress while strapped into a launch seat.

The space agency did not, apparently, offer to disprove rumors that one of the monkeys had died by showing them both to the A.P. reporter on Saturday.