New York Times: Richard Nelson Frye, a renowned American scholar of Iran who died last month in Boston at 94, wanted to be buried at a spot in this country where songbirds sing and dry desert breezes cool the slow afternoons. 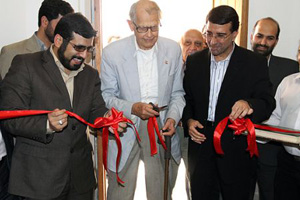 TEHRAN — Richard Nelson Frye, a renowned American scholar of Iran who died last month in Boston at 94, wanted to be buried at a spot in this country where songbirds sing and dry desert breezes cool the slow afternoons.

Mr. Frye, a Harvard professor who had dedicated his life to studying Iran, its ancient culture and its melodious language, had expressed in his will his desire to be laid to rest in the land that he loved. He chose a mausoleum on a lush green bank of the idyllic Zayandeh River, near the city of Isfahan, once the capital of the ancient Persian Empire.

But Mr. Frye’s plan has run up against Tehran’s small but influential faction of hard-liners. Unsettled by budding talks between Iran and the United States, they have seized every opportunity to highlight their distrust of Americans, who they say are intent on destroying the Islamic Republic’s political system. Now Mr. Frye’s final request has become caught up in those machinations.

Mr. Frye, known as Irandoost, or a friend of Iran, was a popular figure here, even among some of the country’s outspoken anti-American leaders. In 2010, Mahmoud Ahmadinejad, then Iran’s president, gave Mr. Frye the keys to a traditional house in Isfahan with a flower-filled courtyard garden. Mr. Ahmadinejad also approved the plan for Mr. Frye’s burial.

On CNN in 2008, Mr. Frye spoke of his love for Iran and said he never paid attention to governments. It was the people that mattered, he said.

“The Iranians are very hospitable people, and I love them very much,” he said. “And so there is no reason why I shouldn’t be buried in Isfahan. Isfahan is in the center of Iran, today’s Iran, and is the former capital of Iran. It is the cultural center of Iran. Everything in that land just reeks of culture.”

On Wednesday, Foreign Minister Mohammad Javad Zarif, who on his Twitter account called Mr. Frye “a true friend,” began making inquiries to determine what steps had been taken to prepare for Mr. Frye’s interment in Isfahan.

“We saw no problems with honoring his final wish,” said Kazem Mousavi-Bojnourdi, the director of the Center for the Great Islamic Encyclopedia, a research institute on Iranian and Islamic culture in Tehran. Mr. Mousavi-Bojnourdi said Mr. Frye had personally told him of his wish. “So religiously and morally I am under the obligation to fulfill his will,” he said.

But on Friday during the weekly political sermon in Isfahan, the prayer leader, Mohammad Taqi Raghbar, called Mr. Frye “a spy” and a robber of Iranian national artifacts. “How can we allow a C.I.A. operative to be buried in our city?” said Mr. Raghbar, prompting the worshipers to shout, “Death to America.”

In a statement released last week, Mr. Frye’s wife, Eden Naby Frye, said that although he had worked for the Office of Strategic Services, an American intelligence agency, during World War II, Mr. Frye’s activities had been “limited to cryptographic and interview work” in Afghanistan and Turkey and monitoring communications between Germany and Japan. He wrote about that chapter of his life in his memoir, published in 2005, she said, but he returned to Harvard and his academic work after the war. He loved Iran, and Iranians should be proud of him, she said.

Her husband never worked for the C.I.A., said Mrs. Naby Frye, who described herself as an Iranian-Assyrian. “And no, he was never ever paid by the C.I.A.,” she said in her statement. “I know. I have been the financial half of our 38 years and 299 days of our marriage.”

Conservative clerics and commanders of Iran’s Revolutionary Guards still have the ability to mobilize groups of protesters, despite the election of a relative moderate, Hassan Rouhani, as president last year. Shortly after Mr. Raghbar’s sermon, a determined group led by white-turbaned clerics headed out to the mausoleum, which already serves as the final resting place for two other American Iranologists: Arthur Pope, an expert in Persian art, who was buried there in 1969, and Phyllis Ackerman, his wife and former student.

In front of news cameras, members of the crowd waved flags and placards, some of which said, “Yesterday a phone call with America, now burying the American spies, tomorrow …?” the news website Roozeno reported.

To make their point, some of the protesters spray-painted slogans on the mausoleum. “Our holy ground must not be contaminated,” one said. “The American monument must be destroyed,” said another.

In Iran, Westerners are often welcomed with smiles and tea but viewed with distrust by those who remember the wounds suffered by Iran in its dealings with the West, particularly the United States and Britain.

“Our hard-liners believe that all Westerners are spies,” said Nader Karimi Joni, a journalist.

Hard-line media outlets quickly dug up what they said was evidence of Mr. Frye’s spying, quoting from the records of Iran’s Intelligence Ministry. The ministry said that during a visit in 1997, Mr. Frye contacted “subversive groups in line with toppling the Islamic Republic of Iran,” a phrase that hard-liners use to describe just about any group that is not part of their faction.

On social media and in Isfahan, where families often gather near the mausoleum for picnics, Iranians expressed anger over what they called the “vandalism” of the site. The Islamic Republic News Agency, controlled by President Rouhani, asked whether the protesters really cared about Iran’s national interests and suggested that the protesters could face legal penalties.

In Parliament, a drive by hard-line lawmakers to gather signatures to prevent Mr. Frye’s burial in Iran was stopped by reformers, and the governor of Isfahan has said the scholar’s final wish will be carried out. On Sunday, witnesses reported that the police had cordoned off the area around the mausoleum in what seemed to be an attempt to protect it from protesters.

But opposition persisted. On Sunday, a member of Parliament from Isfahan, Adnan Zatoush, said the Zayandeh River, which means the river of life, would turn into the “river of death” if Mr. Frye’s body was buried on its bank.

Others hoped that politics would not prevail in this case. “Some people who are against President Rouhani and his popular support are expressing their discontent by opposing this burial,” said Mr. Mousavi-Bojnourdi, the research institute director. “I am hopeful we will be able to fulfill his last wish.”