Flash flood in Iran have taken 11 victims till now 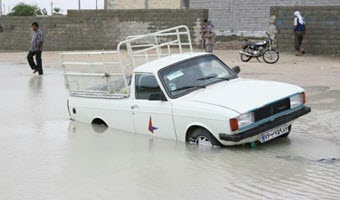 Six people died in the city of Pakdasht, south-east of Tehran, on Friday when a river broke its banks as they had a picnic.

Deforestation and improper building work near river beds are being blamed for a rise in the number of flash floods, the Associated Press reported.

Earlier in July, at least 11 people were killed in flash flooding in Iran.

Iran and North Korea: President Trump and The “Storm” That Is on Its Way

Irans Ahmadinejad says goal is to set up Islamic state