The Myth of Moderates in Iran 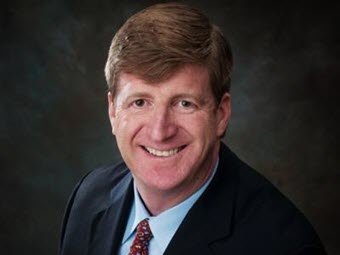 Writing in the Thursday edition of the Providence Journal, Former US Congressman Patrick J. Kennedy questioned the West’s notion that current President Hassan Rouhani is ‘moderate’, and that a disconnect has existed between perception and reality in the West for “more than three decades.”

Kennedy argues that, despite the illusion of the moderate Iranian president, “Rouhani is only the latest to artfully exploit this fantasy and play into a naïve, aspirational worldview among many in the West about Tehran’s behavior and intentions.”

Kennedy notes how “Countless instances since the 2013 election of Iranian President Hassan Rouhani — including most recently the state-sanctioned torching of the Saudi embassy in Tehran — should have dispelled the notion that we are dealing with a moderate reformist at the helm of the Islamic Republic.”

This view is reinforced by the fact that, as Kennedy notes, “Sectarian conflict is on the rise with Iran backing Syria’s Assad, Hezbollah, an anti-American insurgency in Yemen and radical Shia factions in Iraq.”

The former Congressman cites the analyses of the NCRI as further proof of Iran’s failings, which, in his words – “Insisted from the start that moderation was not a realistic prospect under the existing theocratic regime.”

According to Mr Kennedy, Rouhani simply “Counts on his audience ignoring the fact that Islamic extremism is at the heart of Tehran’s theocracy.” And that, in Iran, “The country’s clerical leadership has devoted much of its power and authority to establishing itself as the leading voice for radical Islam.”

This is in part due to the fact that exporting extremist ‘revolution’ is in the constitution of Iran, in order to spread strict sharia law beyond Iran’s borders. Therefore, it is not the view of the NCRI “that progressive change could come from within a state in which extremism is woven into its DNA.”

Both the US and “The European Union has continued to pursue rapprochement and expanded trade with Iran despite signs that the Islamic Republic is not cooperating with last year’s July 14 nuclear agreement,” writes Mr Kennedy.

Iran “Defied the Western intentions behind the agreement by showing off its hidden ballistic missile supplies and declaring that the military would continue working toward nuclear-capable weapons. Two such weapons were tested in October and November in clear violation of U.N. Security Council resolutions.”

Further proof of the non-moderate nature of Rouhani’s regime, “The Iranian government has been unapologetic in its rejection of the principles of civilized society.” Mr Kennedy said. “In October, the Iranian judiciary executed at least two people who had been minors at the time of their alleged offenses.” Amnesty intervened, only for Iran to review “the cases of two other juvenile offenders” and “to uphold their death penalties.”