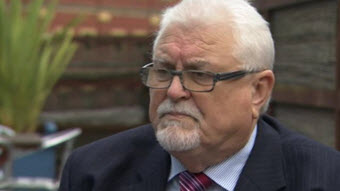 On Thursday, Chatham House will be hosting an event in London entitled “Overcoming Regional Challenges in the Middle East” and “perversely” the Iranian Foreign Minister, Javad Zarif, is scheduled to address that conference, writes Lord Maginnis of Drumglass. He says, “Worse still, it is further planned that he will address the UK Parliament earlier that day.”

He writes that the apparent embrace of an Iranian role in Syria is only one example of Iranian Aggression. Zarif’s visit to London will highlight this, but it will also serve as a reminder of the much broader set of problems that were emphasised by Iranian dissidents and European human rights activists who protested against Rouhani’s four-day European tour.

In the desire for economic benefits, he is of the opinion that the Western governments have chosen oil over what is diplomatically prudent. He writes, “It certainly cannot be prudent policy to accept any Iranian influence in Syria, given that Iran’s all-out support for Assad has only served to make the Syrian Civil War, longer, bloodier, and a greater source of the instability that is plaguing the region and now enveloping Europe, through the ensuing refugee crisis.” He says that Assad’s crimes and the support of Iran-backed Shiite militias has only intensified the sectarian conflict. Furthermore, it is in large part because of this that Daesh has been so successful in spreading its propaganda among Sunnis who are living in Tehran’s shadow.

His stop in Paris was met by thousands of demonstrators, supporters of the People’s Mojahedin Organization of Iran (PMOI/MEK), the principal Iranian opposition and by key members of the National Council of Resistance of Iran (NCRI) led by Maryam Rajavi. He lauded her role in calling attention to the Iranian President’s ongoing and active contribution to repression, escalating executions, and political imprisonment in his country over the past three years.

Their protest reiterated a recommendation that human rights defenders have made many times in the past several months: to revive relations with the Islamic Republic had to be dependent on more than just a tiny set of changes written into the Joint Comprehensive Plan of Action.

By welcoming Rouhani or Zarif or any other representative of the clerical government ruling Iran, Western officials appear to be labouring under the misapprehension that that agreement alone represents a trend toward moderation that should have a beneficial impact upon the lives of the Iranian people and the future of the Middle East in general.

But nothing could be further from the truth. “The ongoing human rights abuses, regional intrusions, and anti-Western rhetoric that pours out of Tehran make it clear that Iran has no more place in global affairs today than it did during the last 37 years, when the Islamic fundamentalists seized control of the capital and installed a government that has sought to export political upheaval.”

Iran must not be encouraged, and western governments must take a stand against these tyrants.

Iran backs down on exemption for nuclear cycle freeze

AFP: Iran backed down Sunday on a demand to...