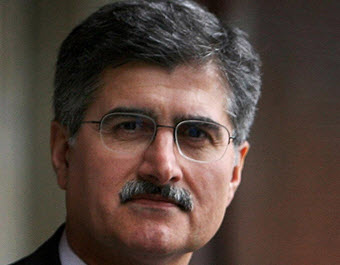 Following a weakening of its overall status after the sham elections in February, the Iranian regime has intensified a vociferous misinformation campaign against the main opposition Mujahedin-e Khalq (MEK/PMOI). The aim of spreading a barrage of lies and false stories, according to the opposition, is to set the stage for attacks against Camp Liberty, home to thousands of dissidents advocating for a democratic, secular, and non-nuclear Iran.

According to a statement by the National Council of Resistance of Iran (NCRI) this week, a series of fabricated stories originally concocted through the sophisticated operations of the Iranian Ministry of Intelligence and Security (MOIS) are being systematically repeated by a plethora of suspect websites, including apparently English websites tied to Tehran’s state-run media such as Press TV.

One of the lesser known websites, VeteransToday, which is “represented by the Iranian regime’s Press TV in Tehran,” recently quoted “well-informed security sources,” without naming them, as saying that Iraqi police have foiled “suicide attacks” by the MEK against Sunni clerics. This is not the first time that the website has published unverifiable stories against the MEK, which virtually imitate with the regime’s propaganda.

The regime produces, spreads and amplifies such vicious fabrications in order to build a case in Iraq against the residents of Camp Liberty, whom it sees as an existential threat, according to the NCRI.

“The objective of such lies is solely to pave the way for the massacre of Camp Liberty residents,” the statement said.

Since the start of the Iraq War in 2003, the residents of Camp Liberty have been under constant surveillance and supervision by U.S. (until 2009) and Iraqi forces. The UN Working Group on Arbitrary Detention has said that the conditions in Camp Liberty are akin to a detention center.

On previous occasions, websites close to Iranian intelligence services have tied the MEK to “terrorism” in Iraq even though the group’s members in Camp Liberty have practically been under siege with virtually no freedom of movement outside the camp.

Even people transferred out of the camp to a medical facility have to be accompanied by Iraqi forces.

Among the more well-known intelligence ministry websites is the Habilian Association, which has called on Baghdad to exploit “important opportunities to dry up the support given by the MKO to terrorists.” Tehran uses the pejorative term MKO or “hypocrites” to refer to the MEK.

In July 2015, a website affiliated with the Islamic Revolutionary Guards Qods Force (Tasnim) claimed the MEK “has provided ISIS with valuable information. This information has been provided to ISIS in coordination with the U.S. Embassy in Baghdad and it includes information on the Baghdad airport.”

In September 2015, the NCRI said in a statement: “According to reports received from inside Iran… the MOIS has informed the Governmental Committee tasked with suppressing Camp Liberty residents, as well as other Iraqi security and military organs, that a group from MEK is planning to hijack an airplane at Baghdad Airport.”

“The reason behind these lies is to ratchet up the siege and suppressive measures against Camp Liberty and to disrupt the transfer of residents out of Iraq,” the statement added.

The Iranian opposition has long warned about an impending “massacre” of dissidents at Camp Liberty at the hands of Tehran and its Iraqi proxies.

In its March 6 statement, the NCRI said, “In order to avert another massacre, the Iranian Resistance is calling for immediate intervention by the U.S. President and Secretaries of State and Defense, the UN Secretary-General, the High Commissioner for Refugees and the High Commissioner for Human Rights, and the High Representative of the European Union for provision of imperative security requirements and deployment of UN observers and a team of Blue Helmets, on a round-the-clock basis, inside Camp Liberty.

Reuters: Iran has released two Kuwaitis held for a...