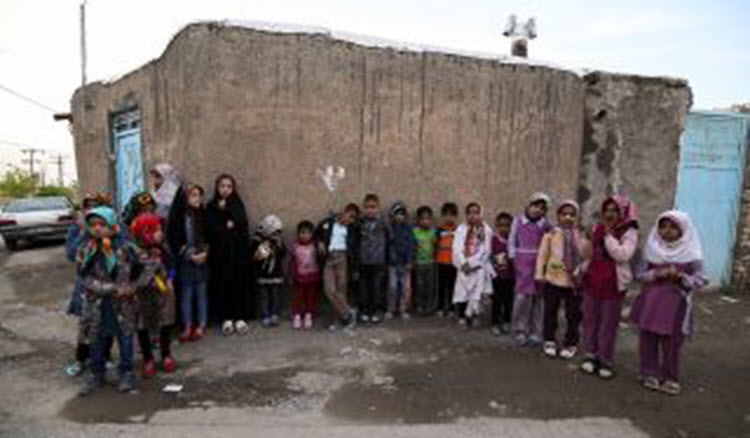 Tehran, 26 Apr – Earlier in April, state media quoted Iranian Deputy Interior Minister Morteza Mir-Bagheri as saying that some 1,200 cities were suffering from 70 percent unemployment rates. Now, reports from inside the country indicate that in one village near the northeastern Iranian city of Mashhad, the effective unemployment rate is 100 percent.

One of the women of Zeineddin village told a Fars News Agency reporter who had travelled to their village: “There is no work! Everyone is unemployed! It is two years now that our men are unemployed and have no income. All men in the village are unemployed”.

Another woman added: “Everyone is unemployed. Men have no jobs; we have no income”.

Mohammad Amin Tavakkolizadeh, general director of public relations in Astan Quds Razavi conglomerate, told the state-run Fars News Agency on 21 April: “There are around 17 villages around these brick factories and the villagers used to make a living working in these factories, but as the brick factories have shut down, the men are mostly without any job and have lost their chief employer”.

He counted the reasons for the factories shutting down as stagnation in construction, high energy consumption of the factories, high gas prices, and replacement of these factories’ bricks with new material.

“Unemployment in the villages results in problems in the city suburbs and migration to the cities”, he added.

A member of the village council recently spoke on the reason for the factories closing down, saying: “When construction slowed down, the factories closed. The gas bills are several times what they used to be and the factory owners have no incentive to open up”.

“There were 250 brick factories in this region, but only 10 remain. Each factory employed at least 300 in the summer and 60 in the winter. Now, they are all unemployed”, Tavakkolizadeh said.

The rampant unemployment resulting from these and other factors have been recognised as a serious and growing social crisis. Early in his administration, President Hassan Rouhani promised to bring about economic reform and new jobs, but as of yet there is no sign of the current trend reversing.

Eqbal Shakeri, head of the development committee of the Tehran City Council, was quoted by Fars on 27 October 2015 as saying: “Annually, 2.6 million people are added to the unemployed population. The government can only produce 600,000 to 800,000 jobs annually. Thus each year two million are added to the jobless”.

Iran Said to Admit Tests on Path to Atom Arms

New York Times: Iran has admitted that it conducted...