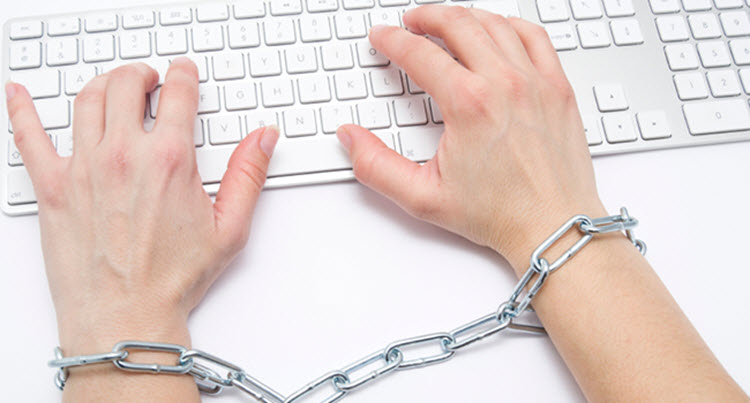 London, 30 May – This weekend was a terrible blow for internet rights and freedom of speech in Iran.

Firstly, the totalitarian Iranian government has given international social media sites a one-year deadline to hand over all data related to Iranian citizens, if they wish to continue operating within Iran. Then Iran’s cyber police arrested a 15-year-old who planned to start a channel on a social networking site.

The controversial decision regarding social networking sites was announced Sunday on the official state news agency the Islamic Republic News Agency (IRNA). It was made by the supreme council of Cyberspace, a committee that serves as the regime’s IT regulator; it is headed by President Hassan Rouhani.

The Mehr news agency, associated with Iran’s Ministry of Intelligence and Security (MOIS), reported: “At a meeting of the Supreme Council of Cyberspace, chaired by President Hassan Rouhani, it was decided that all foreign social media active in the country must within one year transfer to Iran all the data they hold [on Iranian citizens]”.

One of the most heavily affected sites will be Telegram, an instant messaging app with over 20 million Iranian users; this accounts for about 80% of total Telegram users.

IRNA said the committee have decided to develop home-grown social media sites to compete with foreign ones. Sites like Facebook and Twitter are officially banned within the country but users can easily access them using special software.

The teenager arrested by the Iran’s Cyber Police (FATA) has not been named but human rights officials worry for his safety as computer crimes carry a maximum of one year in jail and 20 million Rials (662 USD).

Jahangir Karimi, a police commander in Isfahan, said: “After the final investigation, the 15-year-old teenager from Isfahan was identified quickly and summoned to the police”.

FATA are responsible for monitoring all cyber activity within Iran. Their most infamous case involved the blogger Sattar Beheshti, who was tortured to death by the regime in 2012.

Shahin Gobadi of the Foreign Affairs Committee of the National Council of Resistance of Iran (NCRI) said: “Freedom of the press and freedom of expression are non-existent in Iran under the mullahs’ regime. Not only does the regime severely clamp down on journalists for reporting on subjects considered sensitive by the mullahs, it even goes so far as arresting and torturing to death dissident bloggers such as Sattar Beheshti”.

US out to sabotage Iran’s atom bomb programme

Daily Telegraph: The Bush administration is trying to find...