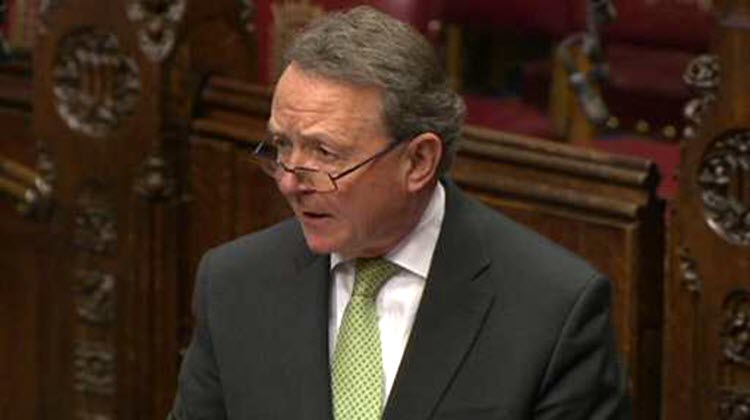 London, 2 Jun – The violent crackdown on protests proves that dissent is thriving in Iran, according to a member of the United Kingdom House of Lords.

Lord Alton, a crossbench peer from Liverpool, said resistance activists within Iran were in great danger but still continue to fight against the oppressive government.

The theocracy continues to enforce strict ‘moral’ codes on its citizens; these rules led to the arrest of eight models, in March of this year, for posting images of themselves on social networking site Instagram without their head scarves, he said.

Twenty-one more individuals caught in this sting, known as Spider II, have pending criminal cases. They are photographers, make-up artists, bloggers and fashion designers. This ‘victory’, was boasted about by a representative of the Iranian cyber crimes unit on state media.

In an op-ed on PoliticsHome, Lord Alton said: “The Iranian internet has turned into a cultural battleground where secular, pro-democratic ideas are aggressively battled by the Iranian regime”.

These recent arrests have a background of human rights abuses, executions, and imprisonment for opposing the government or even for practicing a different religion. Nearly 1000 people were executed in 2015 alone in Iran; not only does the country have the highest per capita execution rate in the world, they also execute minors.

Alton states: “The danger of arrest is omnipresent in the Islamic Republic of Iran if one’s professional or personal activities are out of step with the fundamentalist zealous ideology that the regime mandates for all of its people. But that danger grows tremendously once a person has been identified by government agents. The regime has a penchant for repeated arrests of activists, and also of other political prisoners who have been arrested in the past for expressing dissent, speak up against the apparent injustice or for indicating secular leanings”.

Alton said: “It is important that readers not mistake any of the above accounts for accounts of the defeat of activism inside of Iran. Although much of the country’s progressive youth was forced underground in the wake of the repression of the uprisings in 2009, the latest cyberspace crackdown goes to show that such repression has by no means stopped people from voicing their opposition to the regime’s restrictive ideology”.

Alton also highlighted the importance of supporters outside of the country; protesting visits by the regime’s politicians and shining a light on the human-rights abuses that Iran does not want the Western governments to see. This is why supporting the People’s Mojahedin Organization of Iran (MEK) and the National Council of Resistance of Iran (NCRI) is so vital, he contends.

Alton said: “The regime’s need to keep returning to the same repressive tactics only goes to show that every instance of repression has led to renewed push-back from an increasingly restive population. The persistence of both activism and repression indicates that there is no end in sight for the conflict between the Iranian people and the clerical regime that struggles every day to make them submit to its fundamentalist ideology”.