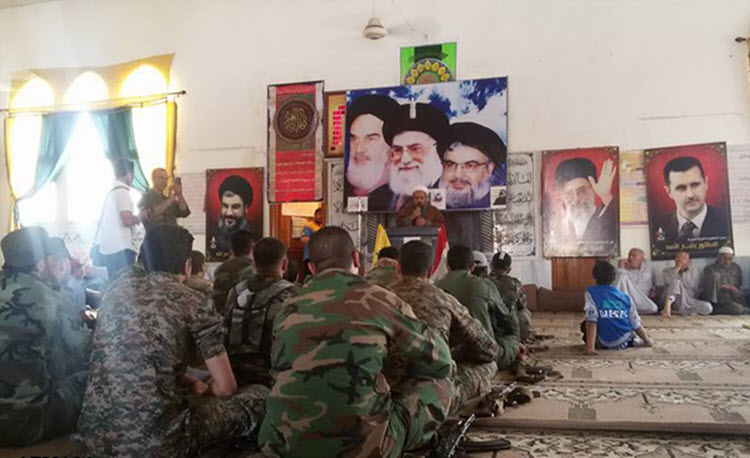 In an article on Arab News, an Iranian political analyst said that the middle eastern states surrounding Iran must come together as a force, unwilling to accept the fascist dictatorship of Iran.

Shahriar Kia said: “An undeniable necessity for such a force right now, lies in the fact that every member of the international community — especially those residing in the flashpoint region of the Middle East — must learn to respect the territorial sovereignty and integrity of their fellow nations.”

The violent approach of the mullahs’ regime towards the Middle East and the Arab World makes a coalition between the countries affected not only preferable but vital. Previous attempts at peace and civility have failed; middle eastern states have shown the utmost patience but Iran has refused to engage in diplomacy.

He states that Iran has trained, radicalised and supported terrorists like Hezbollah in Lebanon, that Iran has meddled in the internal affairs of other nation states and they have been destabilising its neighbouring countries.

Kia said: “The US government has constantly raised the fact that Iran is the largest state sponsor of terrorism, procuring a wide array of arms, funds, intelligence, safe harbour and logistical support to terrorist groups, the Clarion Project cited sources in an in-depth report on Iran’s tenacious support for terrorism.”

Such a movement would require a strong leader to counteract Iran’s expansionist policies and prevent them meddling in the affairs of other countries; Kia suggests Saudi Arabia. The movement should be armed with a modern and tolerant interpretation of Islam; in order to fight terrorism with the Islamic faith.

He said: “The issue at hand is clear. The solution is in reach. In contrast to previous approaches, the Arab World led by Saudi Arabia has assumed a more independent and robust attitude toward Iran’s temperament of meddling and animosity toward the outside world, and its outrageous belief in its calling to dominate all.”

The movement should ally itself with resistance groups like the National Council of Resistance of Iran (NCRI), led by Maryam Rajavi, who could put plans into action in order to end the suffering of the Iranian people.

He said: “What is now needed is a silver bullet and a final nail in the mullahs’ coffin.
Since its creation, the mullahs’ regime has deviously misused Islam to pursue its own objectives and cloak deceitful plots for the region.”

Iranians Turning to Secularism, According to Top Cleric