Immorality among Iranian women causes rivers to dry up. 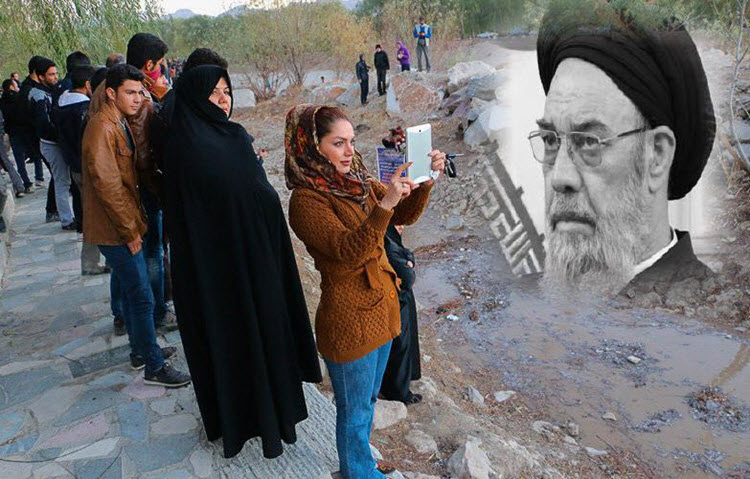 A senior cleric alleges that immorality among women in Iran has caused the Zayandeh-rud River to dry up.

Seyyed Youssef Tabatabi-nejad, the leader of Friday prayers in Isfahan, said: “My office has received photos of women next to the dry Zayandeh-rud River pictured as if they are in Europe. It is these sorts of acts that cause the river to dry up even further.”

He has advised the country’s morality police to crack down on immodest clothing as is damaging the environment.

Tabatabi-nejad said that merely talking about the problem would not solve the problem and gave the police force permission to use Hezbollah forces to enforce their morality codes.

Tabatabi-nejad’s comments have drawn criticism from Iranian opposition groups, the National Council of Resistance of Iran (NCRI). Afchine Alavi, a member of the NCRI’s foreign affairs committee, said: “This reflects the typical mind-set of the theocratic regime ruling Iran which is no different to the culture of Daesh (Isis).”

This is the latest in a series of crackdowns on morality violation like attending mixed-gender parties, playing music too loud in their car and not observing the fast of Ramadan.

AP: Republican presidential hopefuls are focusing on Iran as...

By Pooya Stone The Iranian government is under maximum...