Church leaders: persecution in Iran has ‘intensified’ under Rouhani 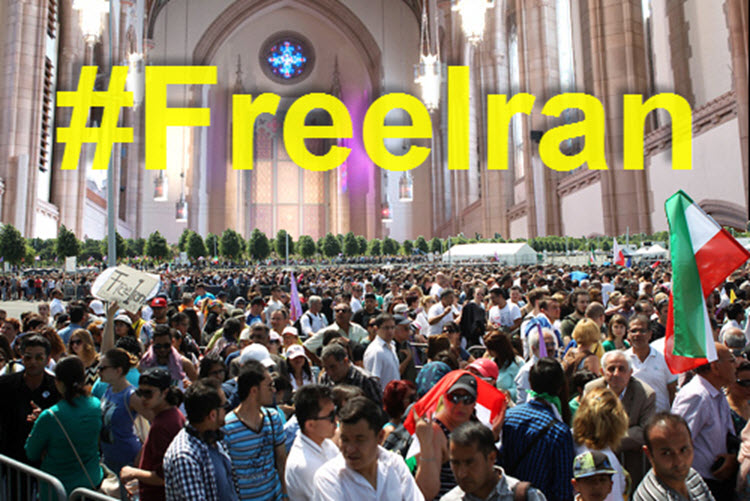 London, 4 Jul – Nearly 80 Church leaders from the United Kingdom and the United States have signed a declaration in which they say, “Reports by the UN Secretary General, the UN Special Rapporteur on the situation of human rights in Iran, and the U.S. State Department all indicate that the repression of Christians has not only continued but intensified during the presidency of Hassan Rouhani.”

Ahead of the Free Iran rally on 9 July in Paris, to which the Church leaders wanted “to add our voices”, they said, “Iran’s ruling theocracy is rightly a source of grave concern for human rights organizations and institutions with a particular interest in the protection of the rights of Christians.”

The 80 Christian leaders, including a number of bishops, went on to say, “we call on all Western countries to consider the deplorable situation of human rights in Iran, particularly the painful situation of Christians, and the intensification of their oppression, in navigating their relations with Iran. We call upon them to precondition improvement of those relations on the cessation of oppression of Christians and on a halt in executions.”

As the anniversary of the P5+1’s nuclear deal with the Iranian regime approaches, the group demanded a different basis for the West’s relationship with Iran: “The time has come for us to listen to the wishes of the Iranian people for freedom, including religious freedom.”

The Free Iran rally will be held on 9 July in Paris. The National Council of Resistance of Iran will be joined by thousands of well wishers as well as civic and religious leaders from across the globe. The event supports the 10-point plan of NCRI President-elect Maryam Rajavi.