Ken Blackwell argues for a change of US policy on Iran 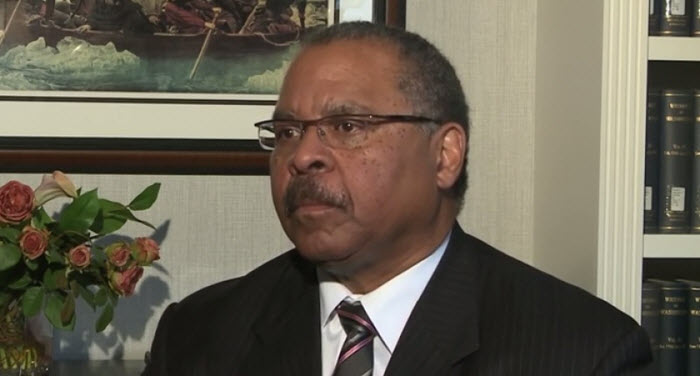 London, 30 Jul – Ken Blackwell, former U.S. ambassador to the United Nations Human Rights Commission, and senior fellow for Human Rights and Constitutional Governance at the Family Research Council, in Washington, D.C., said, in his July 30 article for Town Hall, that Islamic extremism in Iran is one of our main foreign policy challenges.

Blackwell said, “This is a country ruled by a theocracy that plays an active and destructive role in all major wars in the Middle East, from Syria to Iraq to Yemen. Tehran is known as the main state sponsor of terrorism across the globe, as well as being one of the originators of modern extremist Islam. And despite the nuclear agreement with the international community, Iran continues its provocative gestures toward the Western world, for instance by test-firing its ballistic missiles. In considering future U.S. policy toward such a totalitarian regime, it is imperative to consider whether there exists an alternative — a serious and credible opposition to the existing government. The answer, in the case of Iran, is clearly ‘yes’.”

Early in July, the National Council of Resistance of Iran (NCRI), held a massive rally in Paris, in which more than 100,000 people, including an unprecedented bipartisan American group of senior dignitaries and former military commanders came together with hundreds of European dignitaries. The Saudi Prince Turki al-Faisal, stood before the Iranian opposition and endorsed its call for a regime change for the first time this year, in what might be viewed as the most significant point in the rally. His speech conveyed a strong message of regional unity. The message of the rally as a whole was that this unity can help Iran to achieve freedom through regime change by the Iranian people and their organized resistance.

Very soon, Americans will be electing a new President who will face unique national security challenges. The crisis in the Middle East is grows ever larger, and according to various analysts, it is heading toward anarchy. Western Europe, America, and the Middle East are the targets of unprecedented terrorism. There are no easy answers to these problems. However, the “Free Iran” rally proved international consensus regarding the legitimacy of the NCRI’s cause, it also showed that there is indeed a domestically organized and globally recognized force for change within Iran. The seriousness of this resistance movement was made obvious by the Iranian regime’s response.

“Immediately after the “Free Iran” gathering, a large number of Iranian officials including the first vice president, foreign minister, judiciary chief and to the spokesman for the Revolutionary Guard lashed out at France for hosting the event, at Western politicians for supporting it, and at the Saudi government for apparently raising the banner of regime change.” said Blackwell, adding, “In the past, the Iranian regime has attempted to dismiss the resistance movement as insignificant. But if Tehran has no concerns about its opposition and the opposition has no impact in Iran, then what has motivated Tehran’s aggressive response to a peaceful meeting held many thousands of kilometers away?”

The resistance movement has deep roots in Iran. About 120,000 members of the People’s Mojahedin Organization of Iran (PMOI or MEK) were executed when they refused to succumb to the ayatollahs’ Islamic extremism, and persisted in defending human rights and democracy. The PMOI is the main constituent of the National Council of Resistance of Iran , headed by its President-elect, Maryam Rajavi, a Muslim woman with deep anti-fundamentalist beliefs.

Blackwell suggests that “Iranians demand change. And Tehran’s reaction to calls for such change demonstrates that the ayatollahs understand how near at hand it is. A democratic and non-extremist Iran is the guarantor of peace and stability in the entire region, promising good economic relations and the region’s achievement of its maximum potential. It will improve development, growth, and cooperation with the West. And once this has been achieved, we in the West can focus our regional efforts on investments and transactions, instead of the impossible task of trying to stabilize the region through short-sighted military interventions.”

Blackwell concludes, by saying “Let us hope our next president is willing to adopt a new approach to Iran and support an era of domestically-fostered stability. More than ever before, both Iran and America are eagerly awaiting a change in policy. And with adequate coordination between the next administration and the existing Iranian resistance, both nations can achieve what they desire.”

A similar version of Amb. Blackwell’s article appeared in The American Thinker.

AP: Republican presidential hopefuls are focusing on Iran as...