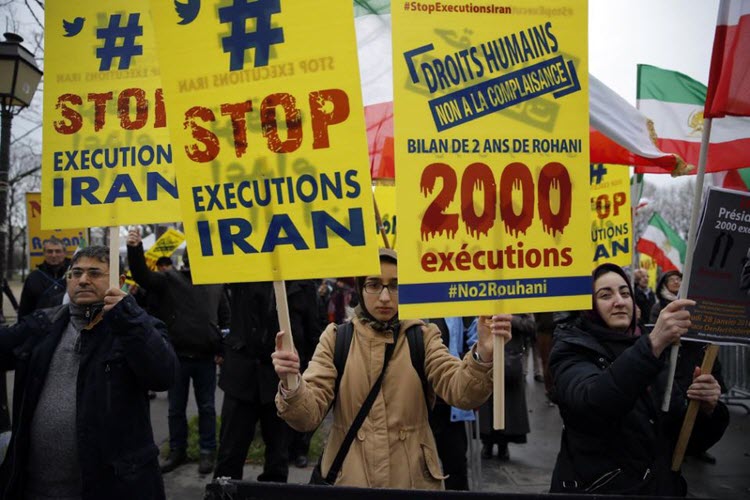 London, 4 Aug – A British Parliamentarian has written an op-ed for US News encouraging Western governments to stop appeasing the brutal Iranian Regime and support the democratic option offered by the Resistance Forces instead.

Sir David Amess, a Conservative MP for Southend West, assessed the Iran nuclear agreement after its one-year mark and found that it has provided very few benefits for anyone who is not part of the Iranian Regime.

He points out that, in effect, the West exchanged “extensive sanctions relief” for “limited restrictions on Iran’s nuclear program”. This was one of the key talking points at the National Council of Resistance of Iran’s (NCRI) Free Iran rally in Paris last month; politicians from all corners declared their opposition to the nuclear agreement.

He said: “The occasion brought with it a renewed outpouring of criticism for what many politicians and foreign policy experts justifiably see as a giveaway to a brutal regime with a notorious record of human rights abuses and sponsoring terrorism.”

Amess, a co-chair of the British Parliamentary Committee for Iran Freedom, wrote: “In the aftermath of the rally, the Iranian regime showed the world community more evidence of this lack of moderation. The Iranian Foreign Ministry gave rather hysterical statements denouncing some of the countries that sent delegations to the event, and in doing so, Iranian authorities made it clear that they are unwilling or unable to tolerate a peaceful demonstration even on foreign territory, much less inside the Islamic Republic itself.”

He asks what the motivation behind appeasement could be, even if the politicians completely believed that this method would stall Iran’s progress on a nuclear weapon (which considering recent news regarding secrecy during International Atomic Energy Agency inspections is more unlikely), it cannot excuse Iran’s failure with regard to human rights or sponsorship of terrorism.

This was raised during the Free Iran rally by Maryam Rajavi, President-elect of the Iranian Resistance.

Amess wrote: “This has been demonstrated by the escalating rate of executions in the Islamic Republic, along with the recent spate of arrests of artists, writers, and dual-nationals, and by Tehran’s persistent refusal to compromise over support of Syrian dictator Bashar Assad, or to limit the Revolutionary Guards and the Iranian paramilitary role in conflict areas like Yemen and Iraq.”

He notes that economic sanctions enforced on Iran nearly bankrupted the Regime. If they had not been lifted, the Regime may have been toppled by the Resistance.

The JCPOA Offers No Economic Miracles

Iran’s officials thought that the change of government in...

AFP: The United States warned Iran on Thursday its...