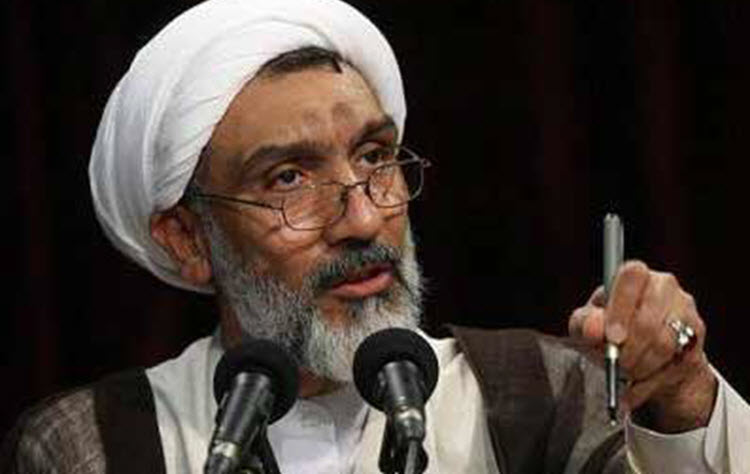 London, 2 November – In an article published on November 1, the National Council of Resistance of Iran (NCRI) reports on a maneuver that underscore the fact that death penalty cannot be ignored.

Minister of Justice, Mullah Pour Mohammadi said, according to ILNA, state news agency, on October 29, 2016, “the number of death penalties and its application should be reviewed…. However, death penalty continues to be in the agenda but not as much as it is being done nowadays”. As the General Assembly session was being held, he made this pledge while the regime sent 77 people to the gallows 77 in September.

One of the members of Death Committee in Tehran during the massacre of political prisoners in 1988, Pour Mohammadi defended this crime against humanity. Just two months ago, he said, “we are proud to have implemented the God’s law against the PMOI, and stood firm in the face of the enemies of God and the nation… There should be no mercy for the Monafeqin (the term used by the regime for PMOI members and supporters).”

Pour Mohammadi’s remarks, and those of other regime’s officials, seem to be aimed at preventing ratification of a strong resolution by the UN General Assembly condemning violation of human rights in Iran, as well as regime’s fears of growing public opposition to executions.

The NCRI says, “Accordingly, the time has come for the international community to hold the religious fascism ruling Iran accountable for its crimes, and to prevent it from continuing repression, instead of falling prey to it hollow maneuvers and making concessions to it by helping it get released out of the corner and encourage it to continue executions and killings.”

For the past two years, the leaders of the Iranian regime have pledged that the number of executions will be reduced by changing the law. The pledges come at a time coincident with the sessions of the General Assembly of the United Nations, or on the eve of the regime’s elections, when they are necessary. Also, since the Justice Seeking Movement for 30,000 martyrs of the 1988 massacre has become widespread, the regime is in need of placating maneuvers.

UN Secretary-General, Ban Ki-moon wrote in his report to the current session of General Assembly regarding human rights in Iran, that “since 2009, there has been a pattern of executions dropping significantly before polling day then dramatically increasing afterwards.”

Javad Larijani, in charge of human rights for the regime, told France 24 on December 5, 2014, “we have this much drug-related crimes according to the existing law which they are receiving capital punishment. We are crusading to change this law and if we are successful to pass it in the parliament almost 80 percent of the executions would go away and it is a big news for us.”

Mohammad Ali Esfanani, the spokesman of the regime’s parliament, Majlis, talked two years ago about the bill of reduction of capital punishment when he spoke to their judicial committee. He said, “the idea of reducing capital punishment about drug-related crimes will be definitely welcomed by many in Majlis…. At the same time the legal and judicial committee of Majlis in the Code of Criminal Procedure that is going to be enforced from July 2015 has referred to commutation of the punishment for drug-related crimes,” according to IRNA news agency, on December 23, 2014.

According to state media, on December 8, 2015, Member of the Judicial Committee Board of Directors of Mjlis, Mir Hadi Gharaseyyed Roomiani, coincident with the session of General Assembly, informed that more than 70 MPs had signed the plan of removal of capital punishment from the drug law, said that, “By ratifying this plan, capital punishment will be implemented only in armed smuggling cases,” adding, “Once this plan has been ratified, all prisoners who are currently in prison will be released.”

This fall, when the General Assembly started, Mullah Hassan Nowrouzi, the spokesman of Majlis legal and judicial committee, according to Tasnim- Quds Force news agency, on October 4, 2016, that when he was informed of the plan of commutation of capital punishment signed by 100 MPs, he said, ”Today this plan is going to be presented to the parliament’s board of directors.” He reiterated, “This plan will cover only those individuals who have carried drugs for the first time or a small amount of it.”

On October 30, 2016, just one month later, he said in his interview with the regime’s radio and TV news agency, “We presented a plan with 76 signatures to the Majlis board of directors today which says individuals who have carried drugs or were fallen prey to drug traffickers, provided that they do not have criminal record, should not be executed,” however “those who act as a gang and have criminal record are referred to as corrupt on earth and should be eliminated and executed…we are not against destroying corrupt on earth.”

“These deceptive maneuvers are indicative of weakness and fragile situation of a regime that is deeply scared of frustrated people uprising, and has no way forward and no way back in the deadlock of increasing domestic and international crises,” says the NCRI.

Iranians dial up presence in Syria

Wall Street Journal: At a base near Tehran, Iranian...