The way forward with American policy and the Iranian regime 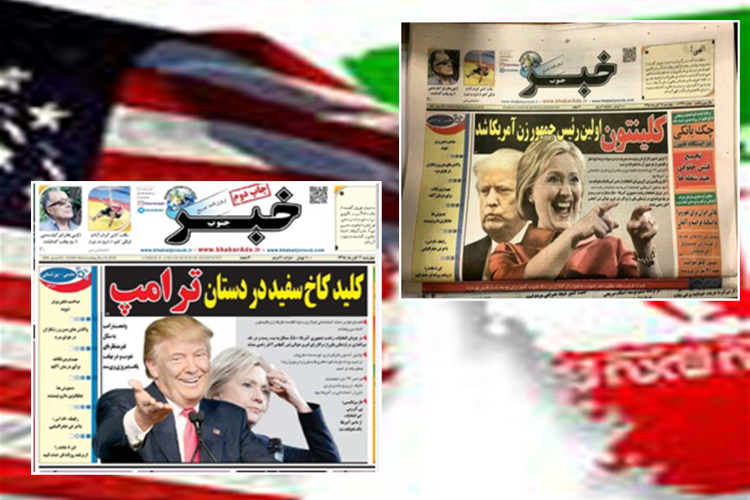 London, 22 Nov – Hassan Mahmoudi, a human rights advocate and social media journalist seeking democracy for Iran and peace for the region, wrote in an article for The American Thinker about the recent presidential elections and what this could mean for Iran and its future.

He said that the result of the elections was a shock to many, with some newspapers even releasing copies announcing Hillary Clinton as president, only to be soon retracted and replaced with new copies announcing that Donald Trump has won the race.

Mahmoudi said: “Is it a mistake? A tragedy, or even a joke? Or maybe all of them? Nobody knows, but it is the reality of Iran’s political life. Just like many other events, the U.S. presidential election becomes a source of conflict within the system.”

The issue of Iran came up a lot during the election campaigns in the U.S. Trump, for example, said he would scrap the nuclear deal. A deal he described as being the worst deal he has ever seen.

Mahmoudi mentioned an Iranian proverb that says “When the soil gets tough, cows butt heads” and adds that this is what is happening in Iran at the minute. Ayatollah Ruhollah Khomeini was able to convince others that he was a Muslim leader and worthy of the people’s trust four decades ago, however this is no longer the case. He said: “The regime in Iran is now in its weakest position ever. Not a single day passes without a few anti-government protests here and there. The government’s fear of being knocked down by the people is real. Each faction in the system needs to cling to outsiders – to governments, politicians, and businessmen.”

In a recent interview with state media Nassim Online, Sadiq Ziba Kalam, a university professor in Tehran and a rhetorician of the mullahs, said: “It won’t be long before the day comes that many in Iran will hold a torch looking for the time that Mr. Obama headed the White House and Mr. John Kerry held the position of U.S. secretary of state. That day they will realize what good old days it was when they could come to an understanding with the United States, to go for compromise, but we, in Iran, lost that golden opportunity.”

Mahmoudi points out that the United States has spent many years appeasing the mullahs’ regime, but all that has happened is that the mullahs have taken the opportunity to get one step closer to a nuclear bomb. The government, under “moderate” Rouhani, has been responsible for a sharp rise in executions and a large deterioration in human rights. It has also seen a rise in the support of terrorism in the region.

Mahmoudi expresses his optimism that Trump will “stand against Iran’s aggressiveness as promised during his election campaign”. He believes that the only way to deal with the Iranian regime is to be extremely firm. “Mollifying the terrorists will only encourage them to cause more pain for our societies.”

He adds: “As the Iranian people’s struggle for democracy and regime change peaks anew, it is time for politicians in the U.S. and Europe to recognize the dangers the fundamentalist regime of Iran poses to the nation’s people and to the rest of the world. The Iranian people deserve to live in peace and democracy. They keep pushing the cows at the top to head-butt each other more and more to their end.”

The Hill:  Dissemination of bogus reports of Iranian dissidents’ involvement...

AFP: Photographs were released on Thursday of a Iranian...