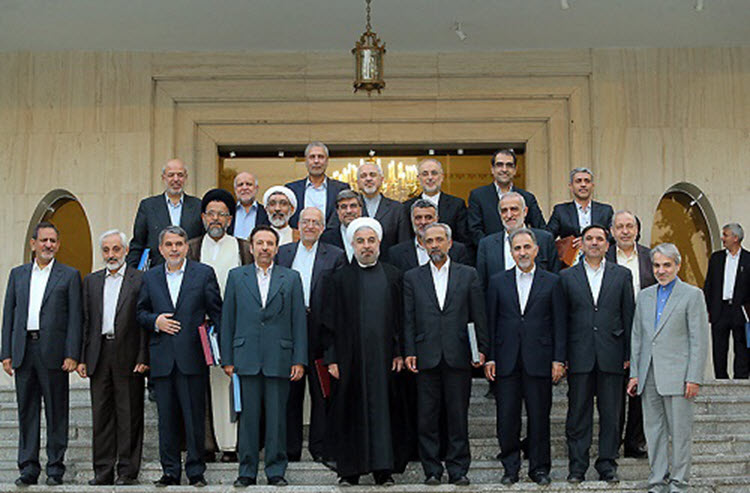 Tehran, 3 Dec – The head of the coordination council of the extremist “Hezbollah of Tehran” group has claimed in his official Instagram page that there have been ‘immoral’ relationships between a woman and five ministers in Hassan Rouhani’s cabinet.

The so-called “Martyrs of Iran” news network wrote on 29 November: “Hossein Allah Karam named a woman by her initials as A.Ch. that led to the resignation of a minister.”

He claimed that the same woman who is an “infiltrator and spy” has had relationships with four other cabinet ministers at the same time.

Allah Karam wrote in his Instagram page: “It is said that Ms. [A.Ch.] who is arrested on charges of spying, in her new confessions named four other ministers of Rouhani’s cabinet and claimed that she had immoral relationship with government ministers. Her confessions put the case of the cabinet’s moral corruption into a new phase, which can lead to a tsunami of embarrassment. It should be mentioned that [based on] the confessions [of A.Ch.], an immoral relationship with Ali Jannati led to his resignation as the Minister of Guidance (according to a member of parliament). Hopefully, this is not true in the case of the other ministers.”

Previously, Mohammad Hossein Rostami who introduced himself as the director of “Amarioun Cyber Resistance Base” named Afarin Chitsaz as the second wife of the Iranian regime’s foreign minister, Mohammad Javad Zarif, and called her a “spy.” Rostami wrote in his Facebook: “I want to throw a political earthquake… the second wife of the Islamic Republic’s Foreign Minister is a spy whose conviction is certain… Mr. Zarif… are you aware of the enemies’ infiltration even into your bed? According to official and written and recorded testimony of your friends, Ms. Ch. is a spy.”

Afarin Chitsaz, a columnist for the Iran newspaper, was arrested on 2 November 2015 at her home and transferred to the IRGC’s ward 2A in Evin Prison. According to a verdict published in the media on 26 April, Chitsaz was sentenced to 10 years imprisonment on the charges of “assembly and collusion against national security and connection with foreign governments.”

Daily Telegraph: The crisis in the Palestinian territories threatened...

AFP: US Secretary of State Hillary Clinton should formally...