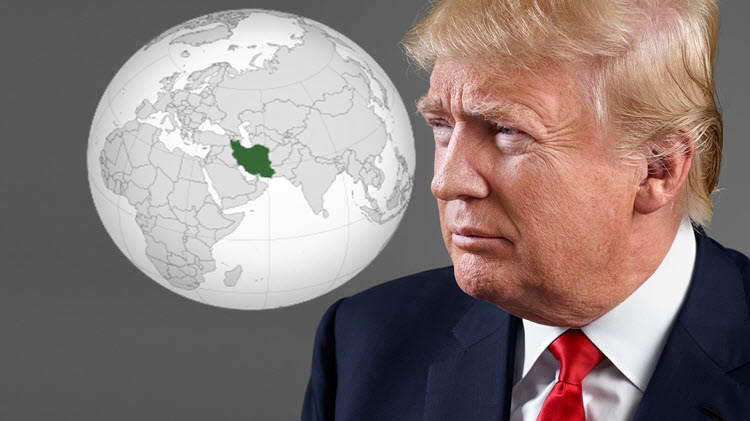 London, 4 Dec – The Iranian regime was stirred by the news that Donald Trump has been elected President of the United States. Shahriar Kia, for American Thinker, said that Iran’s lobbying groups in Washington are doing their best to influence Trump’s foreign policy with regards to the Iranian regime.

They want Obama’s appeasement policy to continue under Donald Trump’s presidency. Kia said that the “campaign is bent on convincing Trump and his cabinet that an Iran regime-change policy will strengthen the ‘hardliners’ and weaken the ‘moderates’”.

The core argument is that if Trump scraps the nuclear deal or goes for a hostile policy towards Iran, the hard-liners and especially the IRGC will benefit from it. This argument, explains Kia, is what the Tehran lobby is using to try to deceive Washington and to fashion U.S. foreign policy based on rapprochement with Iran.

However, Kia points out that in the eight years of the Obama administration, Iran did not change its meddling policies. All that happened was that the Iranian regime increased repression at home and abroad. Iran has repressed its own people in an unprecedented way – around one thousand people were executed in Iran last year alone. It has also established Shiite militias in Iraq, Yemen, Syria, and Lebanon.

Kia said: “Nearly 38 years after the February 1979 revolution in Iran, the entire mullahs’ regime establishment is based on two pillars of exporting terrorism and war outside of its borders; and second, the crackdown against dissidents inside the country. “Hardliners” and “reformists” alike have continuously agreed on these two main ideas of this regime.”

He also pointed out that Iran cannot and will not shift from such a perspective. The regime is aware that the smallest of change could cause the regime to crumble.

It is for this reason that Iran’s lobbyists want the appeasement policy to remain. They try to convince everyone that moderates exist within the regime. However, the past few decades show that this has never been the case. Kia said: “From day one of this regime’s existence back in 1979, it has been proven time and again that a policy of engagement with Iran will not render any change. In fact, this will only encourage and embolden the mullahs.”

President Obama is currently continuing its incentives to the mullahs by trying to make the nuclear deal stronger. He has just granted permission to Airbus to deliver more planes to Iran.

Kia said: “A firm policy against Iran, and standing with Iranian people and their organized Resistance for a regime change in Iran, will bring stability and security in the region and the whole world. Eight years of appeasement and concessions to Iran by Obama resulted in encouraging the mullahs to further pursue their Middle East meddling and domestic crackdown.”