Mattis as Secretary of Defense Is Bad News for Iran Deal 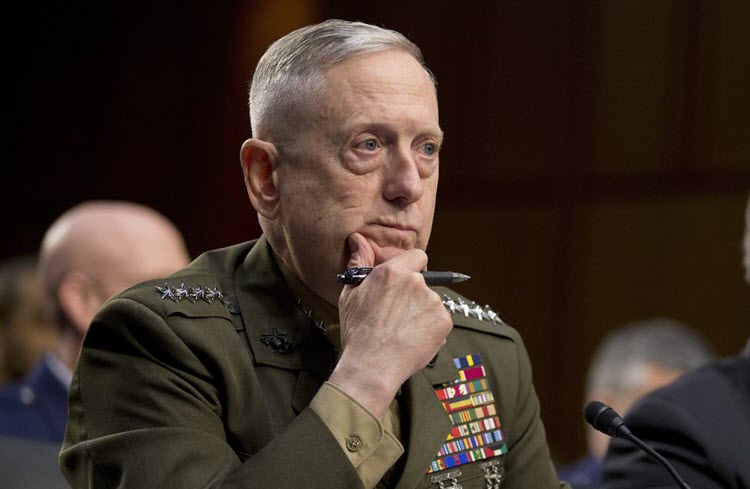 London, 4 Dec – Retired Marine Gen. James Mattis was commander of U.S. Central Command for the Obama administration but was forced to retire five months early because he was too aggressive with regards to Iran. So his nomination by President-elect Donald Trump as secretary of defense will probably cause some uproar with the Iran nuclear deal, said Saagar Enjeti for The Daily Caller.

Although Mattis was not against the actual deal, he did raise his concerns about how the deal would work in the long run.

He asked President Barack Obama and his team: “What do you do with Iran once the nuclear issue is resolved and it remains a foe? What do you do if Iran then develops conventional capabilities that could make it hazardous for U.S. Navy ships to operate in the Persian Gulf?”

In April this year, Mattis said that Iran is “the single most enduring threat to stability and peace in the Middle East”. It was this kind of comment that forced out of the position of commander of U.S. Central Command.

Enjeti said: “The Iranian Revolutionary Guard Corps (IRGC) has had a number of high-profile confrontations with the U.S. Navy in the Persian gulf since the deal was formalized, as Mattis predicted while CENTCOM commander. The IRGC Navy reportedly trained a gun a U.S. Naval helicopter Saturday. IRGC boats have also harassed numerous other vessels.”

Mike Pence, Vice President-elect, said the Iran nuclear deal that is also signed by Russia, Britain, France, China and Germany, will be “ripped up”. This will be done in consultation with all the countries in the deal. Department of State spokesman Mark Toner said “the agreement is valid only as long as all parties uphold it.”

Iranian President Hassan Rouhani reportedly told his cabinet: “Iran’s understanding in the nuclear deal was that the accord was not concluded with one country or government but was approved by a resolution of the UN Security Council and there is no possibility that it can be changed by a single government.”