Trump: Avoid Past Administrations’ Mistake of Believing in a Moderate Iran 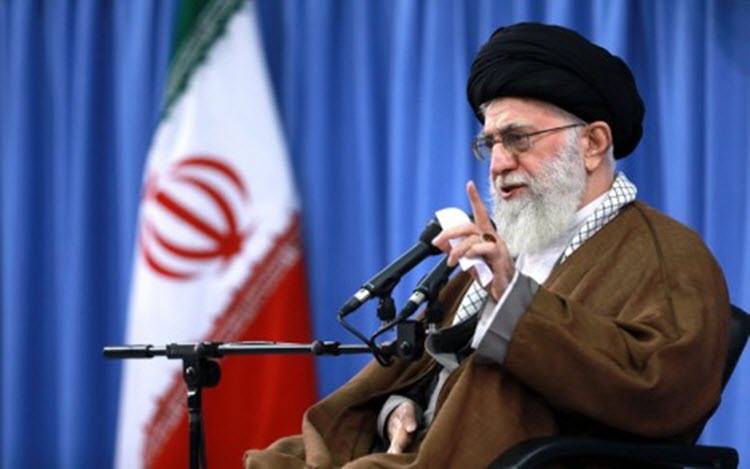 London, 6 Dec – In an article for Politico on December 05, by Ray Takeyh, Iranian-American Middle East scholar, former United States Department of State official, and a Senior Fellow at the Council on Foreign Relations, he writes about the new Trump administration and the policy changes that may come about.

Takeyh writes, “When he assumes office in January, Donald Trump will inherit a host of foreign policy problems in the Middle East—from civil wars to terrorist insurgencies. But of all the antagonists in the region that he will have to deal with, Iran, an unpredictable foe with its flag planted in Arab capitals from Beirut to Baghdad, is the most consequential. For Trump, a successful foreign policy in the Middle East will hinge on a successful Iran policy.”

He hopes the new administration will take heed of important lessons it can learn from all of its predecessors. “Since the advent of the Islamic Republic in 1979, successive administrations—both Republican and Democrat—have wrestled with the theocratic regime, often making the same assumptions and often the same mistakes. To avoid this trap, the new team should absorb the right lessons from this tortured history,” says Takeyh.

He states that “Iran should be treated as a unitary nation-state and not a collection of hard-liners and moderates that American policy can manipulate to its advantage…It is too facile to suggest that Iran has arrived at the age of internal consensus, but the rivalries that once divided the clerical state are less urgent and less acute today. On core issues of regional hegemony and consolidation of clerical autocracy, the Islamic Republic has arrived at an agreement as both Supreme Leader Ali Khamenei and President Hassan Rouhani share the same objectives, even though their tactics may at times differ.”

Furthermore, factionalism shouldn’t be used as justification for absolving the Islamic Republic of responsibility for its crimes.

The Reagan team’s justification for its arms-for-hostages deal was to empower the moderate Iranians who it believed would assume power after the Ayatollah Ruhollah Khomeini, died.

The arms control agreement and lifting sanctions, was President Obama’s hope to get Rouhani to consolidate his power. “Rouhani did—and the Islamic Republic has gone on to wreak havoc in Syria, Iraq, destabilize the Persian Gulf and engage in a massive repression of its citizens. All countries, including the United States, suffer from factionalism, yet Iran is the only one that has cleverly used impressions of internal rivalry to seduce and mislead gullible Westerners,” writes Takeyh.

Another lesson is that Iran is susceptible to a threat of force. Takeyh says, “During the hostage crisis when there was much talk in Tehran about putting the American diplomats on trial, Carter secretly warned Iran of possible retaliation if it proceeded with such steps. All talk of trials soon ceased. And it was the Carter officials themselves that were trying to induce Iran into ending the hostage crisis by intimating that should Ronald Reagan be elected he may approach the issue entirely differently—and more aggressively. The use of the “Reagan card” by the Carter White House was instrumental in ending the crisis. In dealing with clerical oligarchs, threats succeed, blandishments don’t.”

The Bush administration shows what works and what does not. America’s triumph in displacing the Taliban and Saddam Hussein worried the clerical regime, and Iran quickly suspended its nuclear program in 2003. Bush’s denunciation of states that sponsor terrorism and pursue weapons of mass destruction was taken seriously in Tehran. However, by 2005, America set aside its forceful posture and tried to engage Iran in stabilizing Iraq and settling the nuclear issue. Iran responded by accelerating its nuclear activities and going after American forces in Iraq with its Shia militias.

The Islamic Republic is not interested in normalizing relations with the United States. Since 1979, American presidents have hoped that the possibility of resumed relations would bring about moderation. Carter, Reagan, and Obama were eager to put the contentious history of the two nations behind and move forward with Iran. Takeyh says, “The point that many White Houses have missed is that the Islamic Republic is a revolutionary state whose entire identity is invested in its hostility toward the West. For the clerical rulers, resumed relations with America is itself an existential threat.”

Takeyh asks, “So what does all this mean for Donald Trump?” Given its hawkish posture, the Trump team may invoke the threat of force to coerce concessions out of Iran. Trump has a real chance of scaring the regime back to the negotiating table, and getting a deal that without the problematic aspects of the Joint Comprehensive Plan of Action.

Tehran will assess the Trump team’s intentions not just by what they say but how they behave. The Islamic Republic may respond to threats and force, but there is no point in talking nicely to it.

Britain’s part in the UN’s disgraceful act of betrayal