The Curious Relationship between Iran, the US, and Russia 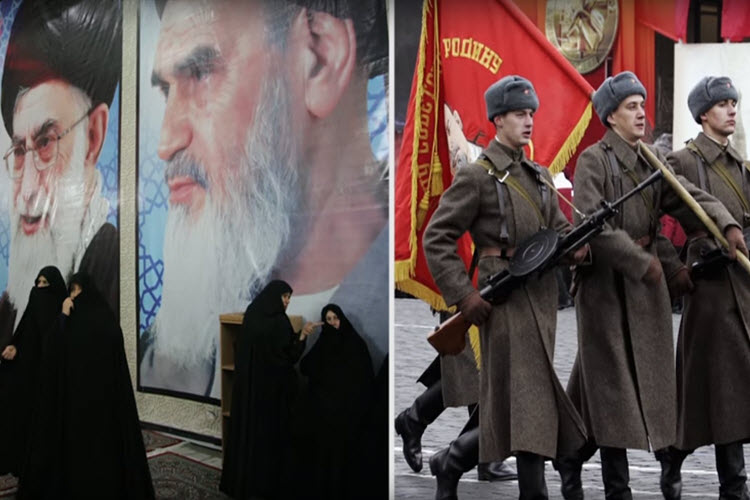 London, 26 Jan – A Lebanese writer and former editor-in-chief of the quarterly al-Ijtihad magazine, Radwan al-Sayed also authored many books and has written for Arab dailies such as al-Hayat and ash-Sharq al-Awsat. In his January 25 article for Al Arabiya, al-Sayed wrote about Iran’s relationships with Russia and the US.

Iranian President Rouhani and Zarif stated that the Nuclear Deal in 2015 was the biggest victory for Islam and Iran since the Revolution.

This statement was directed at domestic opponents of the agreement, who wanted to produce a nuclear weapon.

Other assessments, including that of the Revolutionary Guard, believed that by acquiring a nuclear weapon Iran would become a fortress that could not be attacked or threatened, and that this would enable Iran to pursue wars without fear in Iraq, Syria, Lebanon and Yemen.

“Rouhani and his camp expected two logical possibilities – either a nuclear weapon or territorial leverage. Nevertheless, territorial acquisitions could not be achieved without the disintegration of the US embargo on Tehran. They needed the $150 billion frozen in the US to revive its army, refurbish petrochemical industry, and expand export capacity,” al-Sayed wrote.

The former Obama administration believed that the Nuclear Deal and the lifting of some sanctions would take Iran into a new era.

Author of Iran Wars (2016), Jay Solomon, thinks that Obama erred, and misinterpreted the ambitions of the Iranian rulers. The regime in Iran were just waiting for the opportunity to take over the Middle East.

According to al-Sayed, “The difference between the two sides is that the Rouhani camp believed that they can fool the US to obtain two things – nuclear weapons and strategic expansion. So they were able to convince Khamenei to postpone the nuclear weapons program in exchange of expansion with the emerging capacity resulting from the lifting of the siege.”

In his book, Solomon argues that the Iranians, the Rouhani camp, and the Revolutionary Guards all erred in their assessment of the challenges they would face. While they were negotiating the agreement, ISIS appeared in Syria and Iraq, and other opponents of Bashar al-Assad arose.

Now, Iran faces a threat that even a nuclear weapon cannot annihilate.

“Since they no longer battle against nations, but also against ideological armed organizations fighting at home Iran now wants to seize states and wealth, and its opponents want to burn them, in the early stages at least,” al-Sayed wrote, and added, “Iranians understood that the nuclear deal allows them an unlimited expansion if they avoided Israel. So a week after the signing of the agreement, General Soleimani went to Moscow to persuade President Putin to intervene in Syria in order to save Assad’s regime.”

Early in 2017, the Assad regime, sustained by the Russians, seemed stronger, and Abadi triumphed against ISIS under the direction of the Americans. It seemed that the Iranians had partners in both Iraq and Syria.

The prospects for 2017 do not look so good with the incoming Trump administration, who do not wish to have good relations with Iran, but seek good relations with Russia. “With this in mind,” al-Sayed writes, “they will seek a political solution in Syria, with Russian cooperation, the Turkish role (and perhaps Arab) could bolster to fight ISIS in Iraq, and the Americans will still be there to fight ISIS and to create a balance between Iran and Turkey.” He also maintains that, “Iran will remain in control of the ruling elite in Baghdad. And the Kurdish alternation will continue between Iran, Turkey and the United States, Russia and Israel in Syria and Iraq.”

But al-Sayed wondered what Iran gained from the wars? “If ruin is a measure of success, they have succeeded in sabotaging at least three Arab countries,” he wrote, “But on the scale of nation-building, there is no doubt that the Israeli occupation of Palestine is still less bad than the Iranian occupation of Iraq and Syria.”

We will use force, Blair warns Iranians