U.S. and Iran heading for clash? 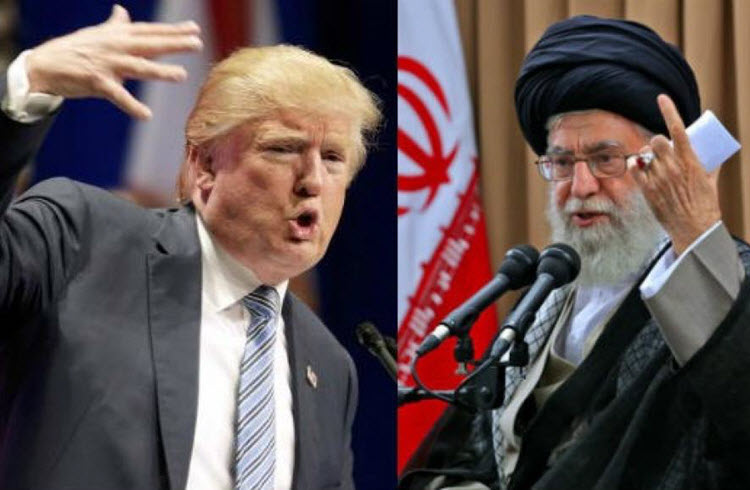 London, 21 Feb – Since Donald Trump took office and made it clear that “there’s a new president in town”, tensions have been rising between America and Iran.

In the past four weeks alone, there have been major strikes by both countries.

Trump’s Muslim ban (as it pertains to Iran) may detrimentally affect the mullahs but it also affects a great number of people who are unaffiliated with the Iranian Regime and even those who are fleeing from it.

The 2015 nuclear deal may be the next target of Donald Trump but it is not yet clear.

On the campaign trail, Trump vowed to rip up the deal and triple Iranian sanctions, but some of his cabinet picks have been less aggressive, and even implied that the deal is here to stay.

Mattis said: “I think it is an imperfect arms control agreement. But when America gives her word, we have to live up to it.”

While Gary Samore, former Obama White House Coordinator for Arms Control, noted that if Trump pushed for tougher terms of the nuclear deal, he should be aware that the US will need to offer more sanctions relief.

There is also concern that if the US tore up the nuclear deal, it may be sacrificing its relationship with the other world leaders who signed the deal, like, the European Union, the United Kingdom, France, Germany, China and Russia.

Nader Hashemi, of the Centre for Middle East Studies at the University of Denver, notes that there may be a subtler way for Trump to break the nuclear deal without being framed as the bad guy.

Hashemi said: “I suspect Trump will try to strictly enforce the nuclear deal, hoping that Iran will break the agreement and thus be blamed internationally for it.”

In an attempt to seem blasé about the whole issue, the Iranian Regime has remained mostly silent about the Trump Presidency, only speaking to thank Trump for revealing the true face of America.

Trump’s presidency could also mean the end of the so-called moderate, Hassan Rouhani, who is up for re-(s)election in Iran.

It should be noted that there are no moderates in the Iranian Regime and while the Regime remains in power, it doesn’t matter who the President is. The Iranian President is not chosen by the people but selected by the Regime, who would never put a moderate in power.

The frightening truth of why Iran wants a bomb

The Sunday Telegraph: Last Monday, just before he announced...