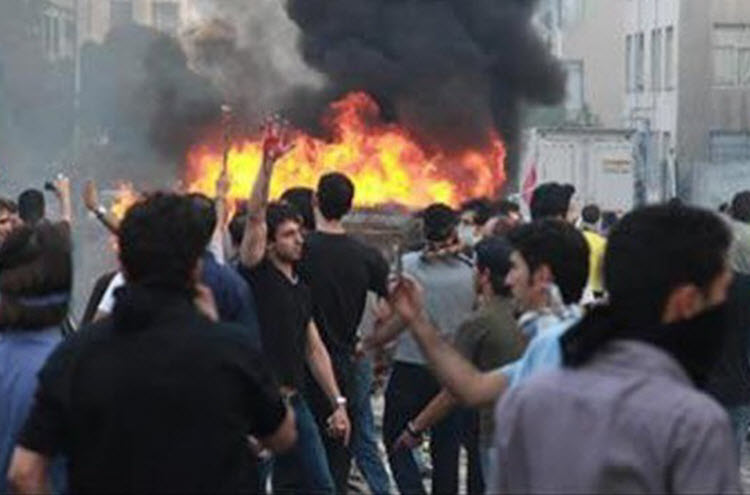 London, 26 Feb – Iranian Supreme Leader Ali Khamenei has surprisingly kept out of the public eye since the new US President came into office. He is aware of the threat of President Trump who has publicly spoken out against the Iranian regime and he does not want to appear weak when faced with the major changes that are coming.

When he does have something to say, it is usually some sort of bravado like the Trump and Obama administrations are the same. Or, “the real war is the economic war, the sanctions war”. This is clearly just bold talk because the Obama administration appeased Iran for eight years. President Trump has not appeased Iran, and he has strongly criticised Obama’s treatment of Iran.

Obama’s appeasement of Iran was a complete failure because Khamenei still threatened US interests across the world – and he would not mince his words about it. He said the Iranian regime would “raze” Haifa and Tel Aviv to the ground.

Now that President Trump is in office, Khamenei has not been so bold with his words.

Lobbyists for the Iranian regime however have been very outspoken about sanctions and the potential designation as a foreign terrorist organisation of the Revolutionary Guards Corps (IRGC).

They are very fearful of the designation because the IRGC has a strong hold over the Iranian economy. To persuade policymakers that the designation will be a mistake, the lobbyists say that American military will be endangered in Iraq and elsewhere.

This is just scaremongering. Being firm with Iran is essential because it is the only way to contain Tehran’s nuclear ambitions.

Furthermore, being firm with the Iranian regime will show the people of Iran that they have the support of the US and this could bring about more popular protests like the 2009 uprising.

There is already a substantial amount of unrest in Iran with protests in many cities including Ahvaz.

Leaders and officials from all over the world are condemning the Iranian regime and its terrorist actions. The Turkish finance minister and the US Vice President Mike Pence said that Iran is the biggest state sponsor of terrorism in the world. Delegations at the Munich Security Conference also said the same.

Tehran is currently concerned about the new alliance of Arab nations and the involvement of Turkey. This is a sure sign that policy in the US will change and that allies Obama abandoned will reunite to confront Iran.

This is the perfect chance for the West to stand with the people of Iran to show the Iranian regime that they will no longer tolerate its terrorism abroad and its suppression at home. The tolerant and democratic Iran that Maryam Rajavi, leader of the organised resistance, envisages could be a real possibility for the near future.