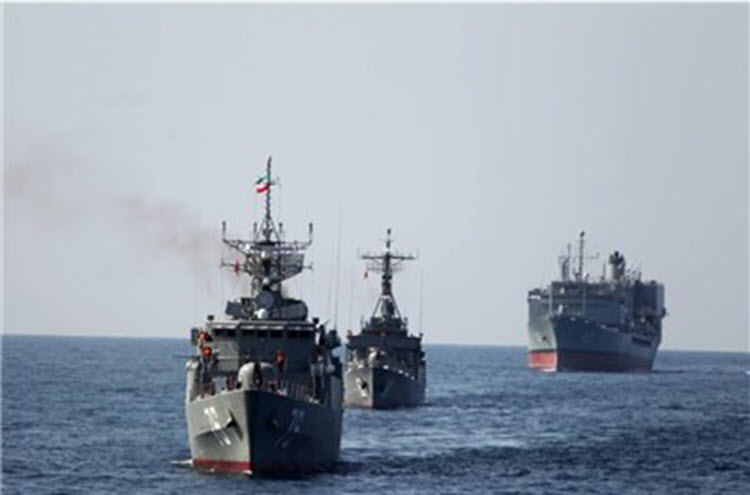 London, 27 Feb – The Iranian Regime launched naval drills in the Gulf and the Indian Ocean on February 26, according to an Iranian naval commander.

Rear Admiral Habibollah Sayyari told Regime-run media that Iran’s annual naval exercises will be held in a 2 million sq. km area in the Strait of Hormuz, the Gulf of Oman, the Bab el-Mandab and northern parts of the Indian Ocean.

This is worrying because of the amount of cargo that is transported through that very area; including millions of barrels of oil to Europe, the US and Asia each day.

The US Navy’s Fifth Fleet is based in the area to protect such cargo.

This area has reportedly been chosen because of Donald Trump’s tough stance on the Iranian Regime since taking office in January.

A US Navy destroyer fired warning shots at four Iranian ships belonging to the Iranian terror group, the Revolutionary Guards (IRGC), near the Strait of Hormuz

The Iranian Regime launched a ballistic missile test on January 29, to which the US responded with an expansion of sanctions against Iranian businesses and people.

The Regime launched a second ballistic missile test on February 4.

The US announced a ban on people from seven Muslim-majority countries from entering the US, although this was a campaign promise of Trump’s and unlikely caused by the missile test.

This ban has been blocked by senior US judges as ‘unconstitutional’ but Trump has promised to reinstate it.

Iran pushes out Afghans as regional power-play heats up

Reuters: Ghaus worked in Iran for five years but...

Reuters: An unsure outlook for oil demand is threatening...