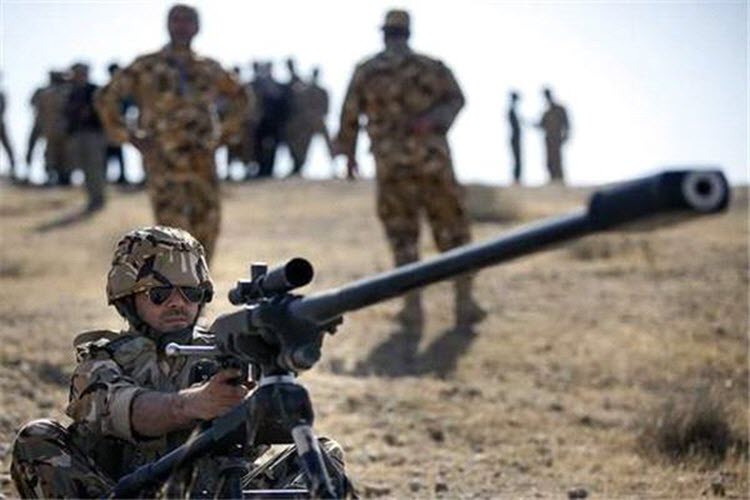 London, 13 Mar – Iran has developed a jamming device that can severe the electronic tie between the drone and its pilot, which could be used to counter US intelligence efforts.

This could be significant in the fight against the Iranian Regime as drones provide a healthy amount of intelligence in the region.

The Army’s Foreign Military Studies Office at Fort Leavenworth, Kansas, said: “The device, which resembles a rifle, is capable of locking onto a drone and jamming its communications. Once the device locks onto a drone, its operator is no longer in control. It is also reported that it has hacking capabilities, potentially rerouting a targeted drone. Additionally, its hacking abilities may allow the device user to safely land a drone.”

Iran has also been testing suicide drones which would target US Navy ships, as the so-called Islam ic States has done to people (including civilians) and vehicles in Mosul, Iraq.

According Gen. Joseph Votel, who heads U.S. Central Command and oversees Persian Gulf operations, drones are just one of many weapons Iran deploys to try to disrupt shipping in the Gulf region.

He told the Senate Armed Services Committee: “The way they affect us is they provide Iran with a layered capability where they can use their fast boats, they can use cruise missiles, they can use radars, and they can use UAVs to potentially dominate specific areas”.

While Robert Maginnis, a retired Army officer and Islamic terrorism analyst, said Iran has killed Americans before and will try to do it again.
He said: “Iran’s friends, the Russians and Chinese, for mutually beneficial reasons share technologies that could potentially compromise our assets in the Persian Gulf. Keep in mind Iran’s Islamic Revolutionary Guard Corps created the terrorist group Hezbollah that killed hundreds of U.S. Marines in a barracks outside of Beirut in October 1983. The Iranians would like to do the same against a U.S. warship in the Gulf.”

Iran is also increasing its military budget, according to a new book by The National Council of Resistance of Iran. In 2015 alone, the mullahs’ Regime spent $13 billion on arms.
They will start buying more high-tech items, reverse engineering foreign arms in order to make them in-house.

Middle East analyst Michael Rubin, said: “As Iran’s area of operations has shifted from the Persian Gulf to areas further afield — the northern Indian Ocean, the Gulf of Aden, Red Sea, and perhaps even the Mediterranean — it has taken pains to bolster its logistical capabilities and reach. It is in this context that Iran’s new catamaran capability becomes important if it works.”