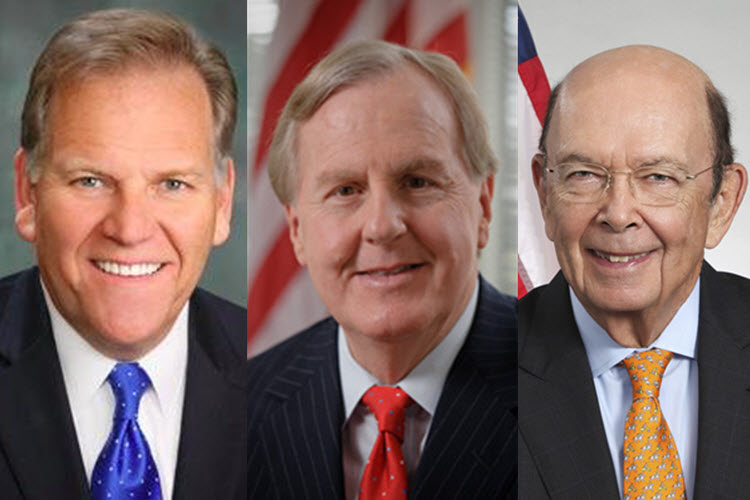 London, 13 Apr – Several Republican lawmakers have come together to encourage the Trump administration to investigate a company which may be helping Iran to evade sanctions regulations, as Chinese mobile-phone maker ZTE Corp, has previously done.

Last month, ZTE pled guilty to shipping US products to Iran in violation of American sanctions against selling American technology to Iran. ZTE was ordered by the court to pay $1.2 billion in fines.

In a letter on Tuesday, April 11, Republican Congressmen Robert Pittenger of North Carolina, Mike Rogers of Alabama and eight other lawmakers, encouraged Commerce Secretary Wilbur Ross to investigate the actions of an unidentified company that ZTE named in their documents, who also evaded US export controls.

The company, referred to only as “F7” in a ZTE document posted on the Commerce Department’s website, is widely suspected to be Huawei Technologies Co., the largest Chinese networking equipment maker.

The letter read: “We strongly support holding F7 accountable should the government conclude that unlawful behaviour occurred. We must publicly identify those who break the law so that their activities be taken into account when public procurement activities occur or where critical infrastructure vulnerabilities might arise.”

They also note that F7, like ZTE, has created a separate IT company which serves as its agent for projects in embargoed countries, thereby skirting sanctions.

In response to the letter, Commerce spokesman James Rockas declined to comment, as did ZTE.

Huawei Technologies did issue a statement denying any involvement in the smuggling of good to Iran.

Will this issue be investigated? Well, Saleha Mohsin and Andrew Mayeda indicate that the White House may be scared of damaging it’s freshly healed relationship with China.

They wrote: “A deeper investigation may complicate President Donald Trump’s efforts to smooth relations with China after accusing the nation during last year’s election of manipulating its currency and hurting American manufacturers.”

They also note that the relationship between the US Government and Huawei Technologies is also fraught, given that the government has in the past suspected that Huawei may have sent US technology to rogue nations like Syria, Iran, North Korea and Cuba.

While in 2012, the House Intelligence Committee concluded that both Huawei and ZTE represented national security risks, and in 2010 former Commerce Secretary Gary Locke expressed concern about Huawei’s participation in bids for a network upgrade by Sprint Nextel Corp.

Reuters: The U.N. nuclear watchdog has raised the stakes...

Britain to call for new talks with Iran

AP: Britain plans to call for new talks with...